Though militancy is on the decline in Meghalaya, sporadic events like the Golf Links assault case, the Ichamati case and the Lawsohtun attack case (provide link) spiralled into bigger issues, most prominently communal-related issues. 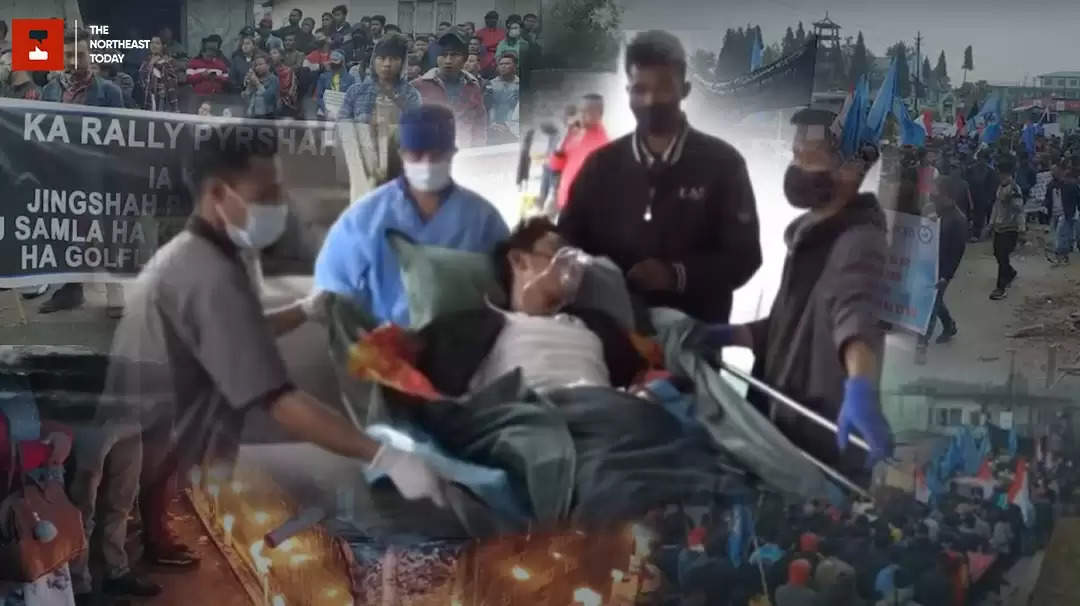 The recent assault on two youths at Golf Links in Shillong by unknown miscreants, leading to the death of 20-year-old Pherlangroi Myrthong from Wahkaji village in South West Khasi Hills district, has sparked controversy as social organisations are questioning the capability of the State Police and the Home Department in cracking the case.

Though militancy is on the decline in Meghalaya, sporadic events like the Golf Links assault case, the Ichamati case and the Lawsohtun attack case (provide link) spiralled into bigger issues, most prominently communal-related issues.

The 2018 Motphran clash, one of the most violent protests in recent times in Meghalaya, subjected the state to several days of curfew and the internet ban.

The 2020 Ichamati clash, an outcome of the anti-CAA (Citizenship Amendment Act) protest, spiralled into a communal issue, and the Lawsohtun attack case in the same year was yet another incident that took an ugly turn as it involved two communities.

But Shillong is no stranger to communal clashes, as it had witnessed its fair share of violence in the 1970s, 1980s and 1990s.

The most recent incident was the March 21 Golf Links assault case. Though police ruled out any communal angle, the incident made headlines yet again following the death of one victim.

Training their guns at the State Police over their “inability” to make any arrest, student bodies and social organisations in Meghalaya criticised the government alleging “biasness” and “incompetency.”

Though Home (Police) Minister Lahkmen Rymbui assured prompt action by the police, the statement did not appease the public, who are demanding immediate results.

On Monday, the Confederation of Meghalaya Social Organisations (COMSO) blamed the government and the police for laxity in solving the case.

Meanwhile, the Meghalaya Pradesh Mahila Congress Committee demanded the removal of Home Minister Lahkmen Rymbui for failure to ensure the arrest of the perpetrators.

“The state police and its agencies should not be complacent but make efforts to arrest the perpetrators of such dastardly acts… If the Home Minister who is in charge and holds the Police department in his hands cannot ensure justice, it would be prudent for him to step down and hand it over to someone capable of ensuring better responsibilities,” stated a press release by the Meghalaya Pradesh Mahila Congress Committee.

Likewise, Thma U Rangli-Juki (TUR) demanded that police conduct a quick and thorough investigation and bring the perpetrators to justice.

“It is important at this juncture to not fall into the trap of rumours and mischievous spinning of the incidents to create a hateful atmosphere in our society. Violence of any kind has to be condemned, and our condemnation has to be based not on an ethnic basis or identity politics,” TUR member Angela Rangad said.

She pointed out that the history of Meghalaya is replete with instances of identity-coloured selective outrage.“What our society needs is a collective will towards peace based on justice and truth,” Rangad added.

CONCERNED CITIZENS SHARE THEIR THOUGHTS ON THE CURRENT SITUATION

Reacting to the recent Golf Links assault case, Lyngdoh said, “To be very frank, as per my knowledge, it was a clash between two tribal parties. But that is my understanding after reading between the lines.”

On being asked about the Home Minister being unaware of the alleged harassment of non-tribal vendors in Ichamati, Lyngdoh said, “The Home Minister receives daily reports from the respective districts, blocks and police stations. If he did not receive the reports, he wouldn’t know. But at the same time, he should ask the respective districts, blocks and police stations why they failed to hand in the reports… That’s what I used to do.”

Regarding the rising crime rate, Lyngdoh said, “We cannot just expect the police to do everything for us. If we want peace and security, we need to start at the grass-root level. People must also enforce the respective village laws. But, most of the time, these laws would only apply to outsiders and not residents. These laws must apply to everyone.”

“It’s not a law-and-order situation. It is a case of murder. A crime has taken place, and the police are clueless it seems,” said Toki Blah.

On being asked about various social media posts projecting a communal angle to the assault, Blah said, “The Golf Links incident is not a law-and-order situation, but people who indulge in such gossip might lead to a worse situation.”

On the alleged harassment of non-tribal vendors in Ichamati, Blah said, “That is bound to happen. These repercussions are bound to happen after a traumatic incident. It is up to the State and the Administration to tackle the problem.”

“The government and administration have to be more proactive in preventing crimes from spreading.”

“What surprises me is the fact that it has been more than a week since the Golf Links incident occurred and the police are yet to make an arrest,” Marngar said.

He urged the Home department and the state police to be proactive and to take this matter seriously. He observed that that inaction on the part of the police against such incidents would only encourage the culprits to continue committing these kinds of acts against the local youths.

“If the police are unable to detect the culprits and if these kinds of incidents continue to happen, we will no longer stay quiet or remain mute spectators. We will take action,” the KSU president added.

CRIME AGAINST WOMEN ON THE RISE

Aside from the sporadic incidents, Meghalaya has also witnessed an increase in crimes against women and children.

Earlier this month, the body of a minor girl was recovered in East Jaintia Hills. The 16-year-old victim was reportedly raped and murdered. And so far, there has been no breakthrough in this case.

Last year, there were 44 cases of rape, 16 cases of attempted rape, and 194 cases of other crimes against women between January to August, including 36 POCSO cases.

The low conviction rate is also another concern as citizens question the sincerity and efficiency of authorities and the justice delivery system.