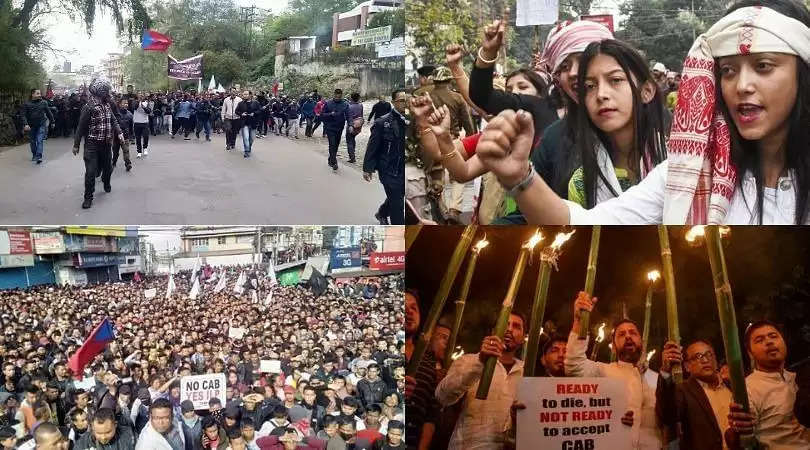 Various student organisations in the Northeastern states on Thursday extended their support to the agitations by the students being held across the country against the Citizenship Amendment Act.

The leaders of the student organisations said that they were not observing any shutdown in the educational institutions in Northeastern states on Thursday due to various reasons, even as they had already held a series of protests against the amended Act.

Communist Party of India-Marxist (CPI-M) backed Student Federation of India's (SFI) central leader in Assam Sangita Das said: "We have held a series of protests across Assam for the past more than a week to force the Central government to revoke the new citizenship act," she told IANS.

ASFI's Tripura state secretary Sandipan Deb said that as part of their protests they had burnt the copies of the citizensip bill on December 16 and four Left party backed student and youth organisations organised protest rallies next day.

"Because of the ongoing important examinations in the colleges and universities, we are not observing any shutdown in the educational institutions in Tripura," Deb told the media.

National Students Union of India (NSUI) were also holding actions in different states of Northeast to protest the "unconstitutional legislation".

"We would hold more agitations in support to the country-wide protests against the new citizenship act until the Central government vacates the act," NSUI leader Rakesh Das said.

"We demand justice for our student fraternity in the Jamia Millia Islamia University," MUSC President said.

Similar student protests against the CAA were being held for the past two weeks in Meghalaya, Manipur and other Northeast states.