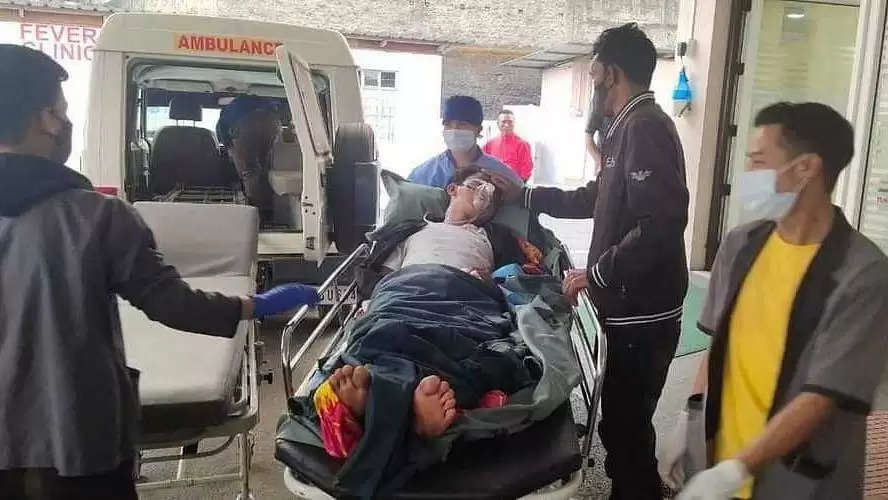 One of the two youths, who was assaulted at Golflinks in Shillong on March 21, succumbed to his injuries at NEIGRIHMS on March 28 morning.

The deceased has been identified as Pherlangroi Myrthong (20), hailing from Wahkaji in South West Khasi Hills.

“No arrests have been so far. Police are still investigating into the matter,” East Khasi Hills Superintendent of Police S. Nongtnger said on Monday.

The police had recorded the statements of all eyewitnesses, including the other injured youth, who is still undergoing treatment at NEIGHRIMS.

"Reports that appeared in a section of the media alleging the police of failing to record the statement of the other injured youth, also hailing from Wahkaji, is false," he said.

As per the statements, the victims were part of a group playing football at Golflinks on March 21 around 5:00 pm.

After the game, a group of four stayed back and consumed liquor, and later in the evening, more people arrived in the same area to indulge in similar activities.

“They first got into an altercation with one such group, but eventually, they compromised and began revelling together. The loud noise emanating from their group irked a third party in the vicinity, who then reacted by pelting beer bottles at the group,” he said.

While two managed to escape, the other two were assaulted with beer bottles, the district police chief said.

Meanwhile, relatives of the deceased have demanded prompt and immediate action against the perpetrators of the crime.

Students’ bodies in Meghalaya have condemned the incident and demanded strict and immediate action from the state police.

The Khasi Students’ Union (KSU) South West Khasi Hills District, along with other student bodies in the district, will organise a rally on March 31 at Mawkyrwat market at 11 am to protest against the incident.

The Hynniewtrep Youth Council (HYC) also condemned the incident and criticised the state police for its “inability” to make an arrest in connection with the case.