Power Grid stated that the commencement of regulation would be from midnight on April 14. 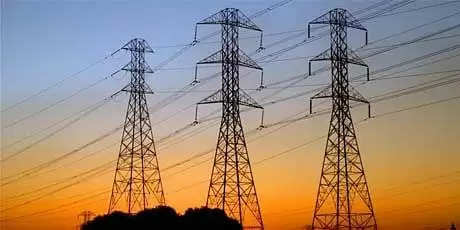 The Chairman-cum-Managing-Director (CMD) of the Meghalaya Energy Corporation Limited (MeECL), Arunkumar Kembhavi, on Thursday, assured that power regulation would not happen and stated that they would make all due payments before the deadline.

Kembhavi made the statement in response to a letter sent by the Power Grid on March 31 which threatened to regulate the power supply to Meghalaya from April 14 if the MeECL failed to pay the outstanding dues amounting to Rs 56.89 crore by April 8.

The letter stated that MeECL, being a designated Inter-State Transmission System customer (DIC) availing Inter-state Transmission System (ISTS) network for transfer of power from various power plants, from different parts of the country, is obliged to make timely payment of transmission tariff in line with the Electricity Act 2003 and provisions of CERC Regulations.

Power Grid stated that the regulation of the power supply, as per its notice dated January 29, 2021, was ‘modified’ based on the commitment made by the MeECL to clear all pending dues.

“It is, however, a matter of serious concern that MeECL is consistently failing to clear the full dues against the monthly bills raised on it towards transmission tariff despite regular follow-up by CTU (Central Transmission Utility) and commitments by MeECL. As a consequence, total dues of MeECL have grown to a huge amount of Rs 56.89 crore as of date, out of which an amount of Rs. 46.51 crore is outstanding for more than 45 days (an amount Rs 38.4 crore has crossed 60 days and an amount of Rs 26.51 crore has even crossed 90 days), based on the bills already raised by CTU,” read the notice.

According to Power Grid, such huge outstanding dues affect the cash flow of the ISTS licensees.

“In case of failure of MeECL to clear the total outstanding dues latest by 08.04.2021, the regulation of power supply of MeECL through their Long-Term Access shall be effected,” the notice read.

It also stated that the commencement of regulation would be from midnight on April 14.