The election to the Tripura Tribal Areas Autonomous District Council (TTAADC) was held on Tuesday. Tripura ADC is witnessing a four-corner fight with 157 candidates in the fray. 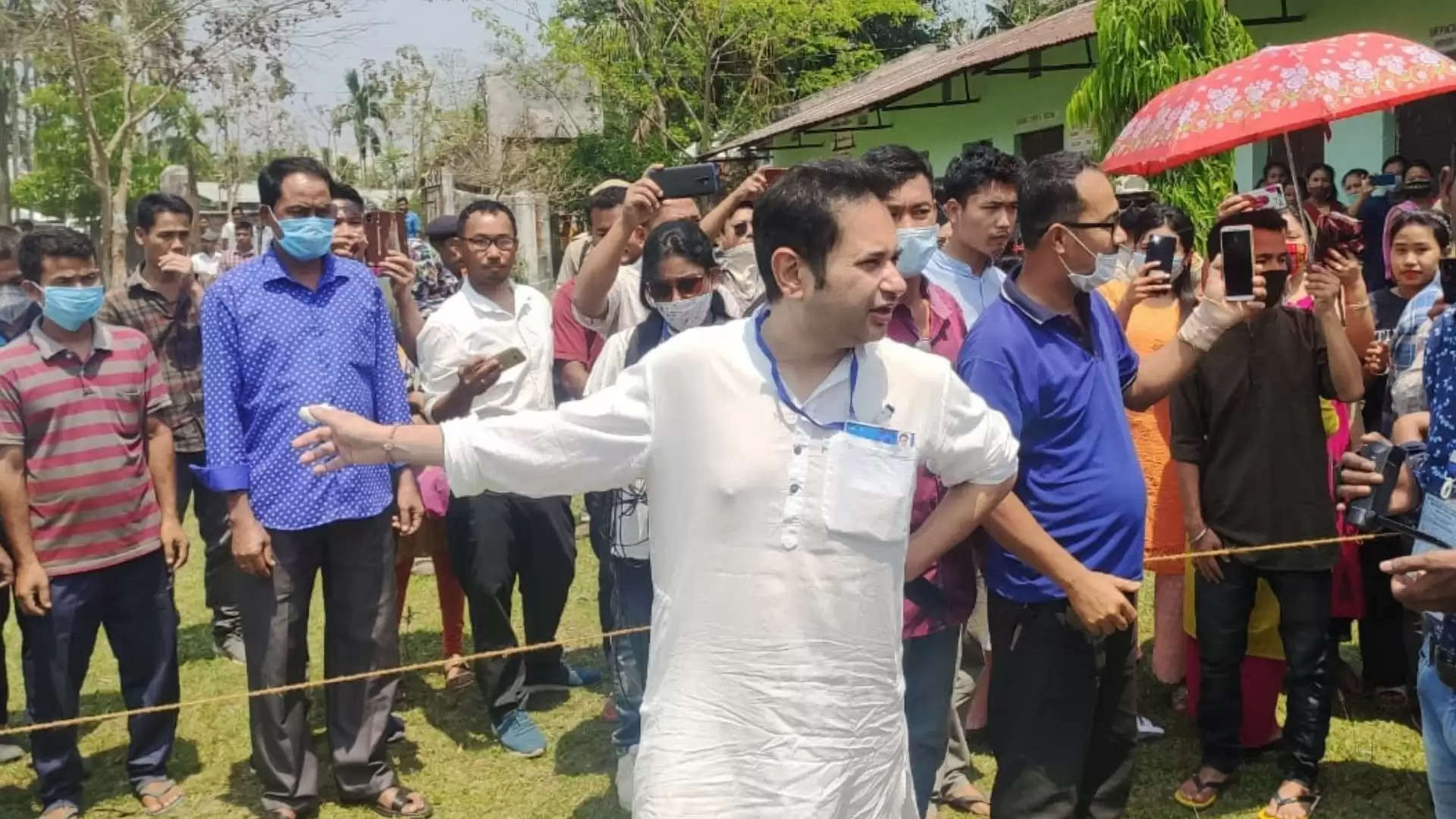 "We will win, 100 per cent," Manikya said after casting his vote at Abhiram school in Mandwai. He is contesting the ADC polls from the Takarjala-Jampuijala constituency.

"I have voted for Thansa! Now it’s your turn! Don’t be afraid; fight for your rights," Manikya wrote on Facebook.

The election to the Tripura Tribal Areas Autonomous District Council (TTAADC) was held on Tuesday. Tripura ADC is witnessing a four-corner fight with 157 candidates in the fray.

As many as 28 candidates each from the Left Front and Congress, 23 from TIPRA (The Indigenous Progressive Regional Alliance), five from INPT (Indigenous Nationalist Party of Tripura), 14 from BJP and 17 from IPFT (Indigenous Peoples Front of Tripura), and 38 Independents, are vying for the 28-seated Tripura ADC.

Speaking to media persons, the TIPRA chief said that after elections, the IPFT is welcome to form the Executive Committee (EC) with TIPRA.

"If IPFT wants to form the EC with us, we will invite them because Thansa (unity) does not mean that we leave out an indigenous party and engage in politics alone," he said.

ALSO READ: Tripura ADC polls: Three people including a woman assaulted while on their way to cast votes

We may recall that IPFT had earlier entered into an alliance with TIPRA before the ADC elections. However, a few days later, they broke the ties and reforged the alliance with the BJP.

The BJP-IPFT is fighting the ADC polls together.

To a question on the assault of three voters in the Gomati district, the TIPRA chairman said no mafiagiri or gundagiri (thuggery) could stop voters from casting their votes. "They may have 500 or 1000 gundas, but we have six lakh voters who will vote for Tipra," he said.

Earlier today, three people were admitted to Gomoti District Hospital at Udaipur after being attacked by miscreants while on their way to the polling station under Maharani Chelagang constituency to cast their votes for the ongoing Autonomous District Council (ADC) election in the state.