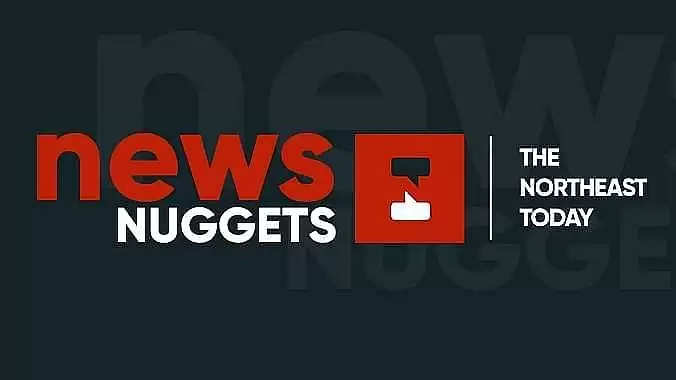 “Teachers and parents should play a crucial role in instilling confidence among the students in achieving their goals,” Kara said while interacting with the teachers and students.

AGP president Atul Bora on Monday also took a dig at the Opposition Congress, saying that a “party which makes ‘guarantees’ ahead of the polls has no faith in the candidates of the Mahajot and has shifted them outside the state.”

3. Meghalaya: FKJGP shuts down offices for opening on state holiday

General secretary Danny Nongrum said, “We closed the offices as they disrespected this day as it is a holiday meant to observe Shad Suk Mynsiem”.

4. Over 500 pigs die of suspected African Swine Fever in Mizoram

Meanwhile, the government has declared two localities Edenthar Veng and Armed Veng in Aizawl, as “infected area” after they reported unknown pig disease in the two localities.

Meanwhile, stakeholders expressed their concerns with Tourism Minister B.S. Panth over the mandatory RAT-PCR certificate requirement for tourists visiting the state, as, according to them, it would lead to cancellation of many bookings and reservations.

According ter to locals, a supporof the IPFT, had gotten into an argument with the victim's husband.