Umroi legislator George B Lyngdoh has blamed the Transport department for allowing these unchecked plying of overloaded trucks. 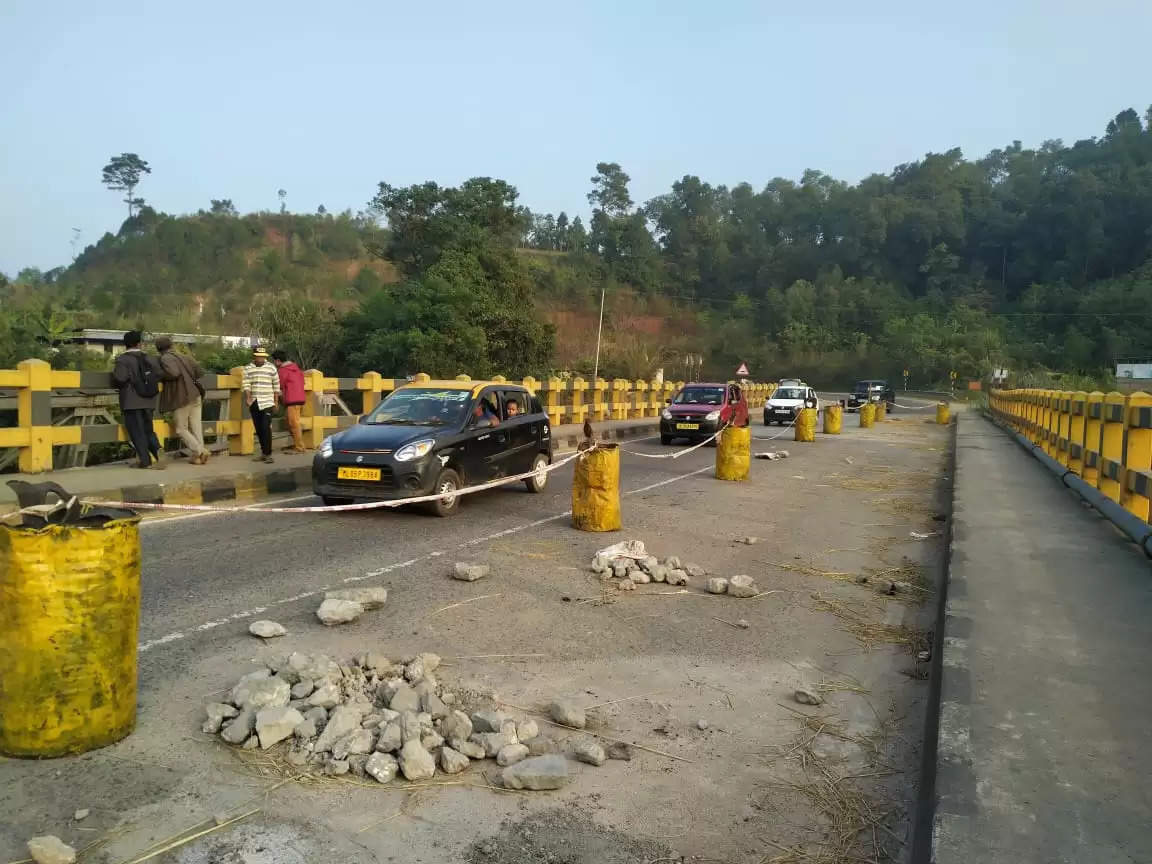 Cracks that appeared on the 230 ft-long newly inaugurated Bailey steel bridge over the Umiam river at Dwar Ksuid in Meghalaya’s Ri Bhoi district left the State Government red-faced as citizens began to question the inability of the concerned departments to keep track of overloaded trucks passing through the bridge.

This development is being looked at as a major embarrassment as the steel bridge that was constructed as an alternate route was inaugurated by PWD Minister Prestone Tynsong just two weeks back on March 25.

Ever since the RCC bridge at Dwar Ksuid began developing cracks last year, the movement of trucks was diverted to the old route via Umiam Dam through Shillong city.

The temporary movement of trucks through Shillong brought back a sense of nostalgia amongst citizens. Though trucks could ply only at night, late-night travellers and drivers had to face the brunt of the traffic snarl.

However, with the inauguration of the steel bridge, next to the RCC bridge two weeks back, trucks have been redirected to the former route via the bypass and the choked city of Shillong breathed the truck-free air once again.

Unfortunately, good things never last, and people fear that the free highway leading to Shillong might again play host to numerous overloaded trucks, with the Umiam bridge having to bear the load once again.

Fear and apprehension raise questions on whether the decades-old bridge will be able to hold the fort.

This bridge, constructed by the Japanese over 50 years ago, is already riddled with cracks, and citizens fear that further imposition might lead to a disaster.

When contacted, PWD Minister Prestone Tynsong told TNT-The Northeast Today that the Bailey bridge at Dwar Ksuid in Umroi has been restored, allowing trucks to ply.

“The bridge had been restored yesterday (April 13). Vehicles have been plying since yesterday. It is not a major repair but a minor one,” he said.

The Deputy Commissioner of Ri Bhoi had issued an order that a technical defect on the Bailey bridge had occurred on April 12.

Questions have also been raised on the failure of the transport department to check the movement of overloaded trucks through this bridge.

The steel bridge, which was taken up under SARDP-NE, can support a heavy vehicle with a load under 40 metric tons.

Sources, however, said that the permissible limit continues to be violated and “no one is doing anything about it.”

Umroi legislator George B Lyngdoh has blamed the Transport department for allowing these unchecked plying of overloaded trucks.

“It is not the fault of the PWD or the NHAI (National Highway Authority of India) or BRO (Border Road Organisation). All the blame goes to the Transport department,” he said.

The sudden appearance of cracks in the Bailey bridge stands witness to the massive load that the bridges and roads are being subjected to, Lyngdoh said.

Furthermore, he stated that there are numerous dumpers whose body heights have been increased to accommodate more load, either boulder or limestone.

He also pointed out that the absence of weighbridges at key areas along the highway paves the way for trucks to ply unweighted.

“Here, not only are they overloaded, for most of the limestone they are carrying, royalty is not paid. So, there is a massive loss of revenue to the state,” he said.

Lyngdoh said according to unofficial data that he had collected, not less than a thousand trucks ply through the Shillong bypass per day.

Referring to the Umiam Dam, Lyngdoh said the sudden dilapidation of the Bailey bridge at Dwar Ksuid also bears witness to the onslaught that is being faced by the Umiam Dam.

“We can imagine the same kind of tyre pressure and overloading it (Umiam Dam) is subjected to, which has not been analysed technically. This is the kind of stress that the Umiam dam is facing day by day,” he added.

Meanwhile, Home Minister Lahkmen Rymbui has asked people to file a report with the police department if they come across any truck carrying more than the permissible limit of 40 tons.

“As far as I know, trucks carrying more than 40 tons are not allowed to ply, considering the capacity of the bridge. If there are trucks that carry more than 40 tons, it should be reported to the police department so that they can arrest the culprits,” he said.

ALSO READ: Trends in the popularity of dog breeds