Meghalaya: Oxygen plant at Ganesh Das to be operational in next 24 hours

The Chief Minister visited Ganesh Das Hospital and RP Chest TB Hospital on Tuesday morning to check the installation of the oxygen plant that have been sanctioned. 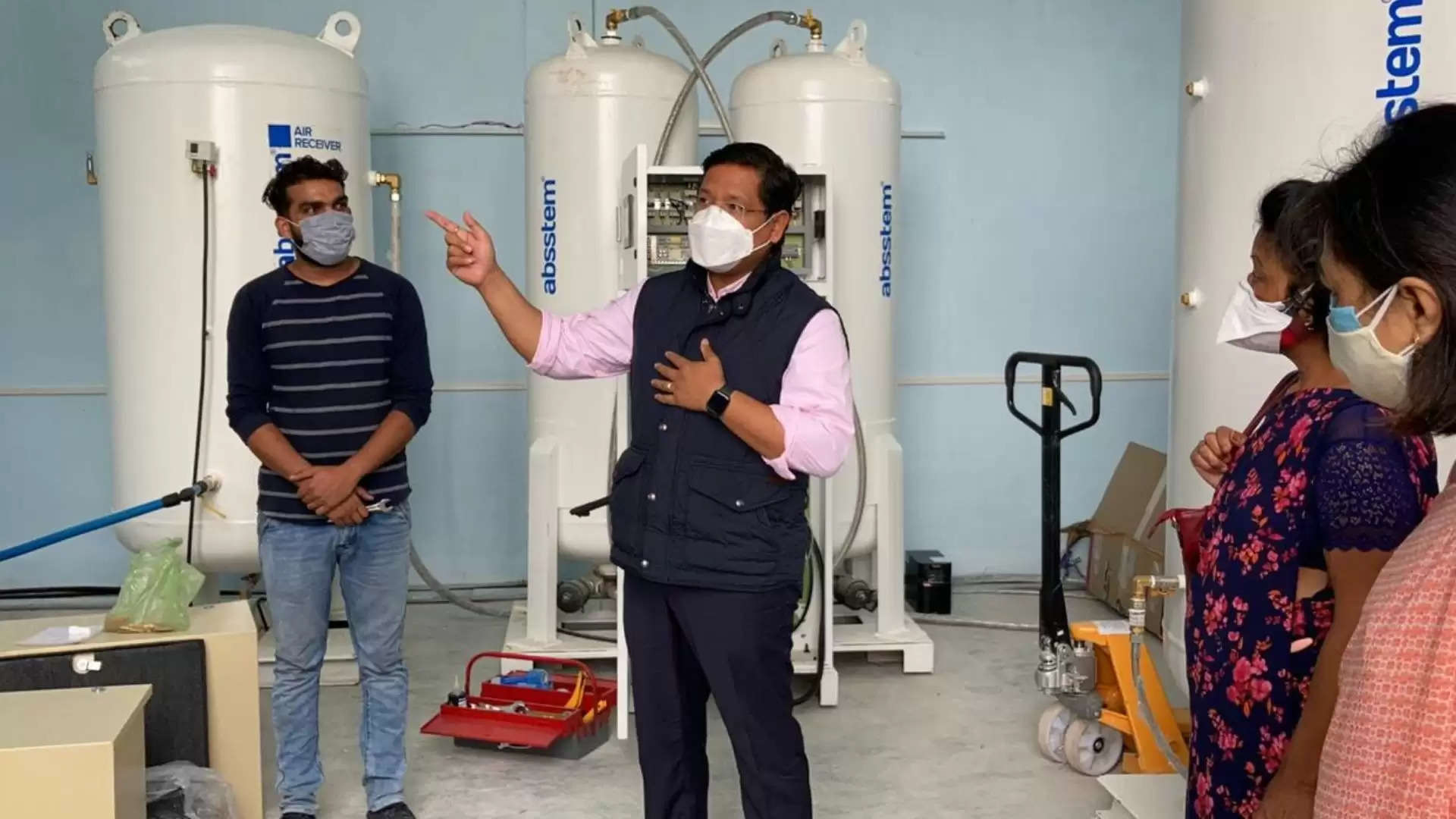 The Meghalaya government is on its toes concerning the installation of oxygen generation plants in hospitals across the state even as Meghalaya still grapples with the second wave of COVID-19.

“We are keeping a close watch to ensure that these are completed before time as the situation requires - to have the infrastructure ready and in place in any eventuality," Chief Minister Conrad Sangma said.

The Chief Minister visited Ganesh Das Hospital and RP Chest TB Hospital on Tuesday morning to check the installation of the oxygen plants that have been sanctioned.

“I am happy to see that both the plants are almost ready to be operational. We expect Ganesh Das to be in operation in the next 24 hours and, in the next 48 hours, we expect the RP Chest TB hospital oxygen plant to be up and running," he said.

He added that there are many oxygen plants sanctioned throughout the state.

Taking to his Twitter account, Sangma informed that the 400 LPM Oxygen Plant at Ganesh Das Hospital is operational and, will support a minimum of 40 beds with High Flow Oxygen and is expandable up to 100 beds.

He also said that the bedding capacity is also being increased.

"In 48 hrs, the 300 LPM Oxygen Plant at R P Chest Hospital will be made functional. The O2 Plant funded under #PMCares can support a minimum of 30 beds with High Flow Oxygen. Inspected the site to ensure the Team face no issues in making it operational," the CM tweeted.

It may be mentioned that the state is ramping up its oxygen supply across the state with oxygen plants being set to come up at several hospitals.

The oxygen plants installed at Jowai, Nongpoh and Tura are from United Nations Development Programme (UNDP).

There is another large plant coming up at Khliehriat in East Jaintia Hills and Umsawli in East Khasi Hills.

From UNICEF, all other hospitals will be provided with small plants so that they can cater to the oxygen requirement.

The government is also coming up with two cryogenic tanks to be set up at Umsawli, Shillong and it is expected to functional by June 15 latest. This plant will cater to the cylinder requirement in the state and is expected to deliver 1000 cylinders refilling capacity in a day.

At Jengjal in Tura, another 20 kl plant will come up and the tanks are expected to reach the state within two weeks.