Reopening Tourism in Meghalaya: Striking a balance between health and economy is the key

Though many hailed it as a welcoming move, there is, however, a sense of apprehension amongst some who feel without a strict monitoring policy, the decision may accentuate COVID risk. 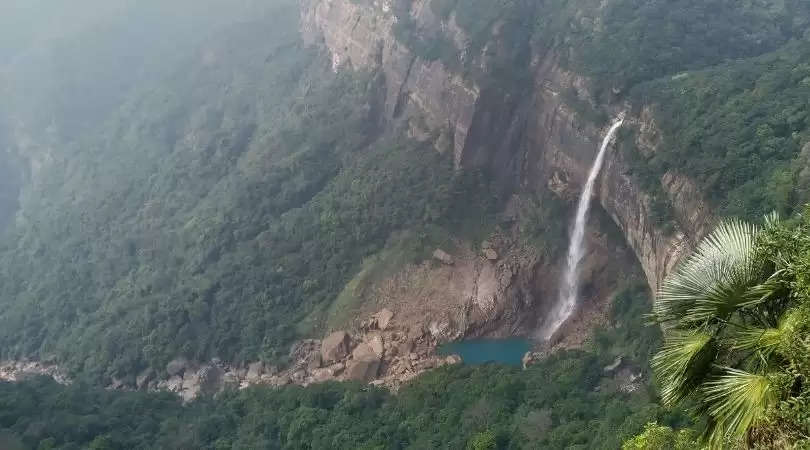 The Meghalaya government’s decision to reopen the state for tourists from September 1 has evoked mixed responses from the citizens.

Though many hailed it as a welcoming move, there is, however, a sense of apprehension amongst some who feel without a strict monitoring policy, the decision may accentuate COVID risk.

Since the COVID-19 pandemic struck in March last year, the tourism sector in Meghalaya remained shut for almost a year until it re-opened in December 2020. Then again, with the onslaught of the second wave, the state closed its doors to tourists from April 2021 to be re-opened again on September 1.

Known for its Living Roots Bridges, whistling village, cascading waterfalls, breath-taking sceneries, natural caves et al, Meghalaya has been a tourist hotspot for years. But the scenario changed following the COVID outbreak. Until a few days back, the phrase - ‘tourists are less’ - was on everyone’s lips and it goes without saying that lack of revenue from the sector has been a serious concern for the stakeholders.

Chief Minister Conrad K Sangma had, on Friday, said the government wants tourist activities to re-opened so that normalcy can return, keeping in mind the Standard Operating Protocols (SOPs). He further said that the onus to open tourist spots lies with the local authorities and they should formulate a plan in this regard.

In such a scenario, The Northeast Today (TNT) spoke to some traditional heads and tour guides to get their views on the overall tourism atmosphere in the state.

The Dorbar Shnong of Shnongpdeng in West Jaintia Hills district has decided to reopen the tourist spot and activities at Umngot River from September 15.

Member (requesting anonymity) of Pioneer Adventure Tours (PAT) rued the drastic drop in footfall at Shnongpdeng. "Our income is badly affected and what the government can do now is come up with a good marketing strategy to attract tourists back to Meghalaya," he said, adding that tourism is the mainstay of livelihood for many residents in the village.

Known for its adventure activities, tourists can try their hands on scuba diving, trekking, river rafting, cliff jumping, ziplining, caving, rock climbing, rappelling, and camping on the banks of the Umngot River in the village.

Sohra - famous for its breath-taking falls and landscape

After a long hiatus, Sohra has reopened its doors to tourists - including homestays.

"After receiving permission, we are slowly opening up. There are no such restrictions but adherence to protocols is indispensable," said the Rangbah Shnong (headman) of Khliehshnong, Sohra, Shembhalang Kharwanlang.

Earlier, the number of cars that thronged the famous Noh Ka Likai falls was around 1000 during the peak season but now, it has come down to just 20. It may be mentioned that the office of the Syiem of Hima Sohra has proposed to the state government to set up an entry point at Mawkdok for tourists from outside as well as within the state.

A tour guide from Nongriat, Steady Majaw, said that the Living Root Bridge is open to tourists since September 1. “People are less, just about 10-15 a day. Before the pandemic, there would be more than 100 visitors.”

He said the economy of the village has been badly hit by the pandemic as the residents largely depend on tourism for their livelihood.

Another place that is yet to pick up tourism-wise is Mawkyrnot in Pynursla, which has a 52 metres long Living Root Bridge (around 70-80 years old).

Member of Seng Treilang Mawkyrnot, Premji Khongiawer, said that the village dorbar has so far not made any announcement on reopening of the living root bridge.

“Mawryngkhang is yet to be opened as the damaged bamboo bridge needs repairing. By October, it will be done,” he said.

Mawryngkhang is famous for its bamboo bridges engineered by locals on steep rocks overlooking deep gorges.

Unlike other tourist spots, the secretary of the society, Dmuising Khongjirem said that the society earned much more than the usual during the re-opening period from December onwards till April, as huge numbers of people rushed to the place during the period.

Mawsynram - the wettest place on earth

Mawsynram, another village in East Khasi Hills, has also witnessed the flow of tourists though not as before. Mawsynram is also famous for the Mawjymbuin cave which attracts Hindu pilgrims for its naturally shaped “Shivalinga” rock formed from a stalagmite.