Other issues that were raised at the meeting included -- amendment of the 6th Schedule, the inclusion of Khasi and Garo languages in the 8th Schedule, bifurcation of the joint cadre, reduction of age limit among others. 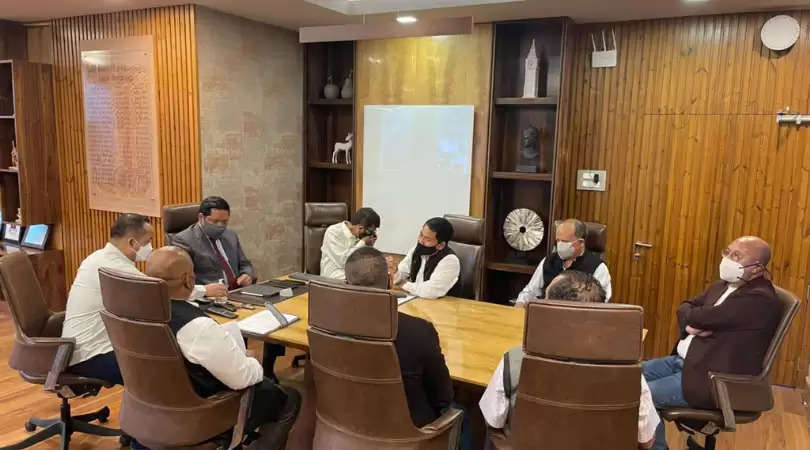 Presidents of the parties that are part of the Meghalaya Democratic Alliance (MDA) coalition met on Friday to discuss several issues ranging from the proposed visit of the Union Home Minister, Amit Shah, interstate boundary issue to alleged scams in the Power and Social Welfare departments.

Other issues that were raised at the meeting included -- amendment of the 6th Schedule, the inclusion of Khasi and Garo languages in the 8th Schedule, bifurcation of the joint cadre, reduction of age limit among others.

The next will involve all political parties, different social and local organisations.

The Chief Minister will be meeting his Assam counterpart Himanta Biswa Sarma on Saturday evening to discuss the issue at an unofficial level.

When asked if the government is considering constituting a boundary commission, the CM said, “It is not simple. This will require not just a commission to look into the facts and figures; a lot has to do with political will also. It has not been decided yet.”

He maintained that the government is focusing on an amicable solution that is acceptable to the people of both states. 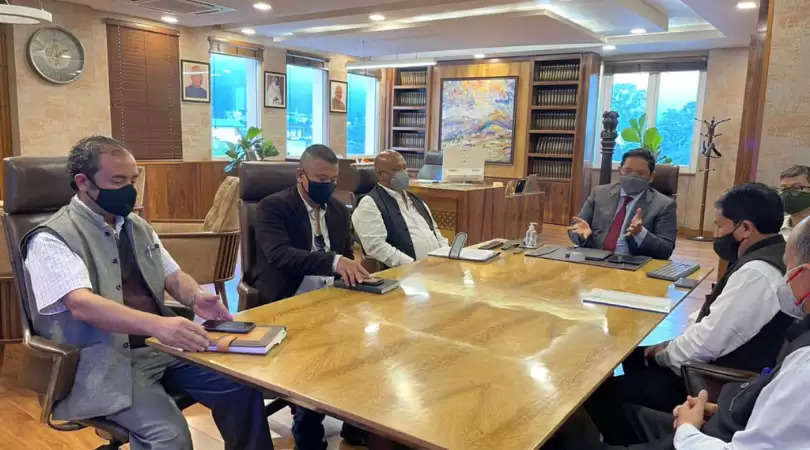 The Chief Minister informed that many issues are on the cards which would be flagged during the two-day visit of the Union Home Minister to the state on July 24-25.

These include -- boundary issues, developmental issues since Shah is also the chairman of Nort East Council (NEC), deforestation and conservation work in Sohra, official recognition of the Khasi and Garo languages and amendment of 6th Schedule, Inner Line Permit (ILP), besides others.

All the chief ministers of the northeastern states have been invited to attend the meeting with the Union Home Minister in Shillong.

The CM said that the MDA partners have agreed to wait for the report of the enquiry committee before pressing any further demands.

“Since the enquiry has been set up, it wouldn’t be appropriate for me to mention it here but after the matter was clarified, a lot of them understood what the situation is and they have clearly mentioned that it is a matter that has to be decided by the CM. They are not pressing for any political way,” Sangma said.

Meanwhile, Home Minister and UDP leader, Lahkmen Rymbui, who had represented the party in the meeting in the absence of president Metbah Lyngdoh, said that this issue has already been flagged to the chief minister. “So, the president (Metbah) will reply what is needed at the political level,” he added.

BJP state president Ernest Mawrie said that the chief minister had clarified the matter so the party will wait for the enquiry report that is supposed to be completed within three months.

When asked whether the BJP is demanding the removal of the Power Minister James PK Sangma, Mawrie said, “No, that we leave to the (wisdom) of the CM. We are not demanding anything.”

NCP president Saleng Sangma also agreed to wait for the enquiry committee report before pushing for any demand on the matter.

“You cannot just pinpoint one man…. Since the government has constituted a committee to enquire, let us wait for the enquiry report and if we are not satisfied then only we can demand CBI enquiry,” he said.

Sangma also raised the issue pertaining to the problems faced by the students during the pandemic and asked the government to provide smartphones to the students to pursue online classes coupled with good internet connectivity.

However, KHNAM leader Adelbert Nongrum was of the view that the investigation would only be complete and fair if the minister concerned is removed from his post.