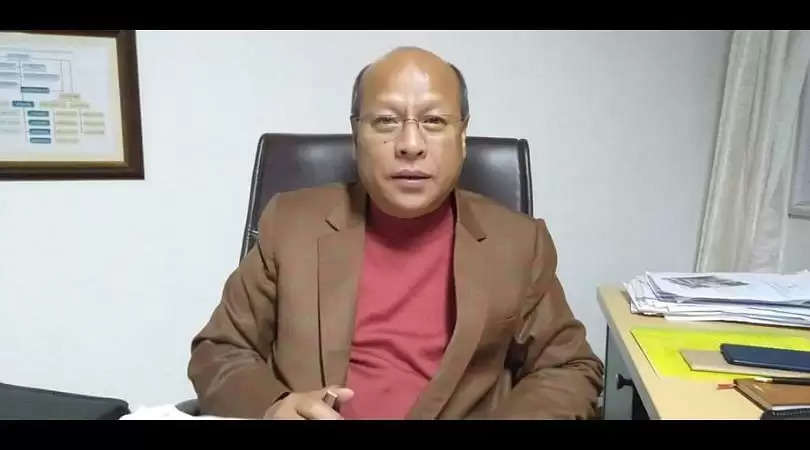 The repeated attacks by the BJP on the Meghalaya Democratic Alliance (MDA) government over several issues have struck Deputy Chief Minister Prestone Tynsong’s nerves to the point where he has dared the saffron party to withdraw from the MDA.

“If you’re not comfortable, withdraw from the MDA,” Tynsong reacted to the statements issued by the BJP on "illegal" coal mining activities and corruption in Meghalaya.

A similar remark was made by Tynsong months ago when the BJP had questioned the National People's Party (NPP)-led MDA government over corruption charges at the Garo Hills Autonomous District Council (GHADC).

“My statement stands. Please come out of the MDA government if you are not happy,” he asserted.

The BJP state president Ernest Mawrie had recently demanded the resignation of Home Minister Lahkmen Rymbui following the death of six miners in a coal mining accident in East Jaintia Hills on January 21.

Reaffirming the party’s demand for an independent inquiry into the incident, BJP state vice-president Bernard N Marak had, on Thursday, said, “Since he (Rymbui) heads the Home department, he should take the responsibility and resign.”

The BJP leaders' statements on the issue have drawn flak from leaders of the ruling coalition who felt that the saffron party is "trying to play politics" with the issue.

The United Democratic Party (UDP) has expressed strong disagreement over the “collective decision” of the BJP seeking the resignation of Home Minister, Lahkmen Rymbui, who is also a UDP leader, over the incident.

“If you are already blaming him (Rymbui), then what is the point of conducting an inquiry?” UDP leader and former Deputy Chief Minister Bindo Mathew Lanong said.