Apart from a slew of agendas that were discussed at the meeting, which lasted for approximately eight hours, one of the most debated and critical agendas was regarding GST on different kinds of COVID-related items. 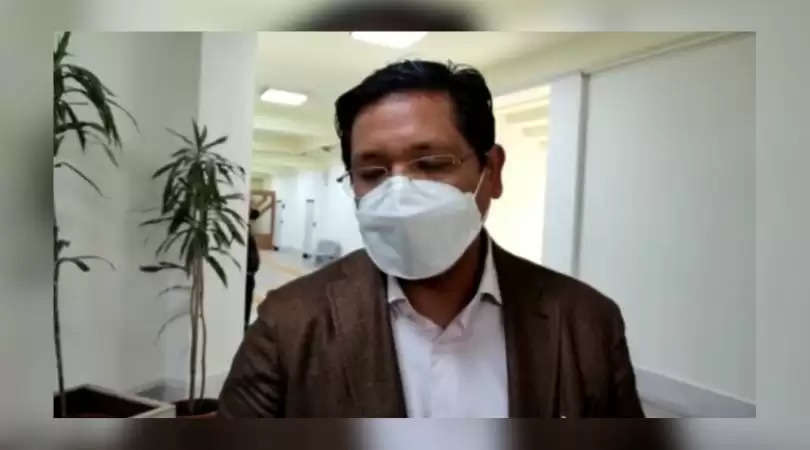 The 43rd GST Council meeting headed by Finance Minister Nirmala Sitharaman, on May 28, could not agree on tax relief for COVID-19 supplies and the decision will be taken in the next meeting, likely on June 8.

Following a failure to mutually agree on tax relief, the Finance Minister decided and announced a Group of Ministers (GoM), with Meghalaya Chief Minister Conrad K Sangma as the convenor and seven other ministers from other states as members, to look into further exemptions that can be provided on account of the COVID-19 relief measure.

The meeting which was held via video conferencing on Friday was attended by the Minister of State for Finance Anurag Thakur and the finance ministers of states and Union Territories (UTs) along with senior officials of the Government of India. This meeting was convened for the first time in nearly eight months.

Meghalaya Chief Minister Conrad K Sangma, who also holds the Finance portfolio, told reporters in Shillong on Saturday that the GoM will submit its report tentatively by June 8. "We will have to wait and see how the next meeting unfolds," he said.

It may be mentioned that Sangma has been named as the Convenor of the GoM which is constituted of a total of eight members.

Sangma informed that apart from a slew of agendas that were discussed at the meeting, which lasted for approximately eight hours, one of the most debated and critical agendas was regarding GST on different kinds of COVID-related items.

Earlier, the rate fitment committee, which advises the GST Council on the tax slab changes, had suggested a reduction in the rates of certain COVID-related items like medical grade oxygen, oxygen concentrators/generators, pulse oximeters from 12 per cent currently to 5 per cent.

"There was a discussion that all of them should be reduced to zero. That is, however, not possible. What was proposed was more than a 70 per cent reduction in the taxes. So a balance has to be struck -- in reducing the taxes but at the same time, (generating) funds to fight COVID-19," the CM said.

"We could not come to a final conclusion. So the finance minister had agreed to set up a Group of Ministers (GoM) panel to decide on the practical way to move forward. So we will await the report of the GoM and in ten to twelve days' time, another meeting will take place to finalise the taxes," he added.

Furthermore, Sangma said that in most of the COVID-related products, a large amount is being bought by the government itself. "So it will not affect the public at large in most cases like vaccination - whether the rate is zero or five per cent, the vaccines are being given free of cost to the public. So it does not impact the end-user because the government is paying for that," he said.

"All these positive suggestions were given and there was also a demand that we should accept at least these so that a marginal decrease is there and the rest can be decided by the GoM, but that also wasn't accepted," he added.

The Council, however, decided to extend the GST exemption granted on relief material received free from abroad for donations to State-approved entities.

The period for availing this exemption has also been extended to August 31.

The meeting also discussed issues relating to the GST compensation cess. According to reports, the same formula as last year will be adopted this year too. The rough estimate is that the Centre will have to borrow Rs 1.58 lakh crore, which will be passed on to states as back-to-back loans.