The meeting was held two days after chaos broke out outside the premises of the GHADC in Tura, West Garo Hills when hordes of angry employees prevented official vehicles from leaving the premises. This led to a stand-off resulting in injuries and damage to vehicles. 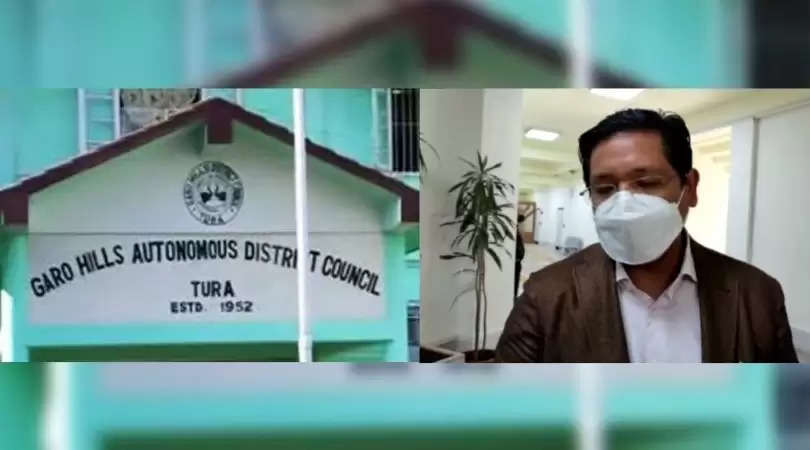 Meghalaya Chief Minister Conrad K Sangma, on Saturday, informed that the state government has decided to provide support to the financially-torn Garo Hills Autonomous District Council (GHADC), and has sought the cooperation of all the agitating employees in resolving the financial crisis within the council.

An emergency meeting was held in Shillong on Saturday between the Chief Minister and the Chief Executive Member (CEM), Deputy CEM and senior officials of the GHADC, besides senior officials from the finance, legal and district council affairs departments, including the Chief Secretary, to discuss the prevailing situation in the Council.

The meeting was held two days after chaos broke out outside the premises of the GHADC in Tura, West Garo Hills when hordes of angry employees prevented official vehicles from leaving the premises. This led to a stand-off resulting in injuries and damage to vehicles.

"We have decided to move forward in giving them (GHADC) financial support in whatever way possible. The Council will be preparing the letters and (will be) sending the same to us and based on that, the different departments will take a decision. We will wait for the letters," Sangma said.

Stating that it is only right for the Council to fulfil the commitments given to its employees, the CM, however, asserted that work needs to continue and stopping officials from performing their duties will only derail the entire process and effort in resolving the matter at the earliest.

However, given the situation, the grievances faced by the employees and the Council must be taken into consideration, Sangma said, adding that employees should allow the new Executive Committee (EC) to work and bring about changes.

"I urge the employees to be positive. The new EC is working hard to resolve this but if the support is not there, then how will the files and work move ahead? I appeal to them to give the new EC an opportunity to find a solution and, I am sure that with the support of everybody, we will be able to find solutions to the problems faced by the GHADC," the CM said.

Commenting on Thursday's incident, Sangma said he will not be able to certify the story of some individuals getting hit by a moving vehicle during the stand-off between the protesting employees and officials of the Council.

"I was told about the whole misunderstanding that took place at the GHADC but, I will not be able to completely certify this story that has come to me because I am yet to receive the official report from the SP (Superintendent of Police) Tura," he said.

Stating that such incidents can be avoided, the chief minister said the issues must be raised in a proper manner and not by stopping the work from taking place.

"If you have any issues, if you want to show your stand against the District Council, there is a time and place but, this is not the way. Stopping the council from functioning is not the way. Only by working can we find a solution to this problem," Sangma said.

Furthermore, he stated that if this continues, it would indicate that there is a different purpose. "There has to be a positive mindset to this whole thing. There should not be any negativity or politics. I urge the employees to work together and find a solution to this problem," he added.