On Friday, an anonymous letter was sent to a local daily claiming that the seized weapons were thrown into the Umkhrah river from the Umpohliew Bridge. 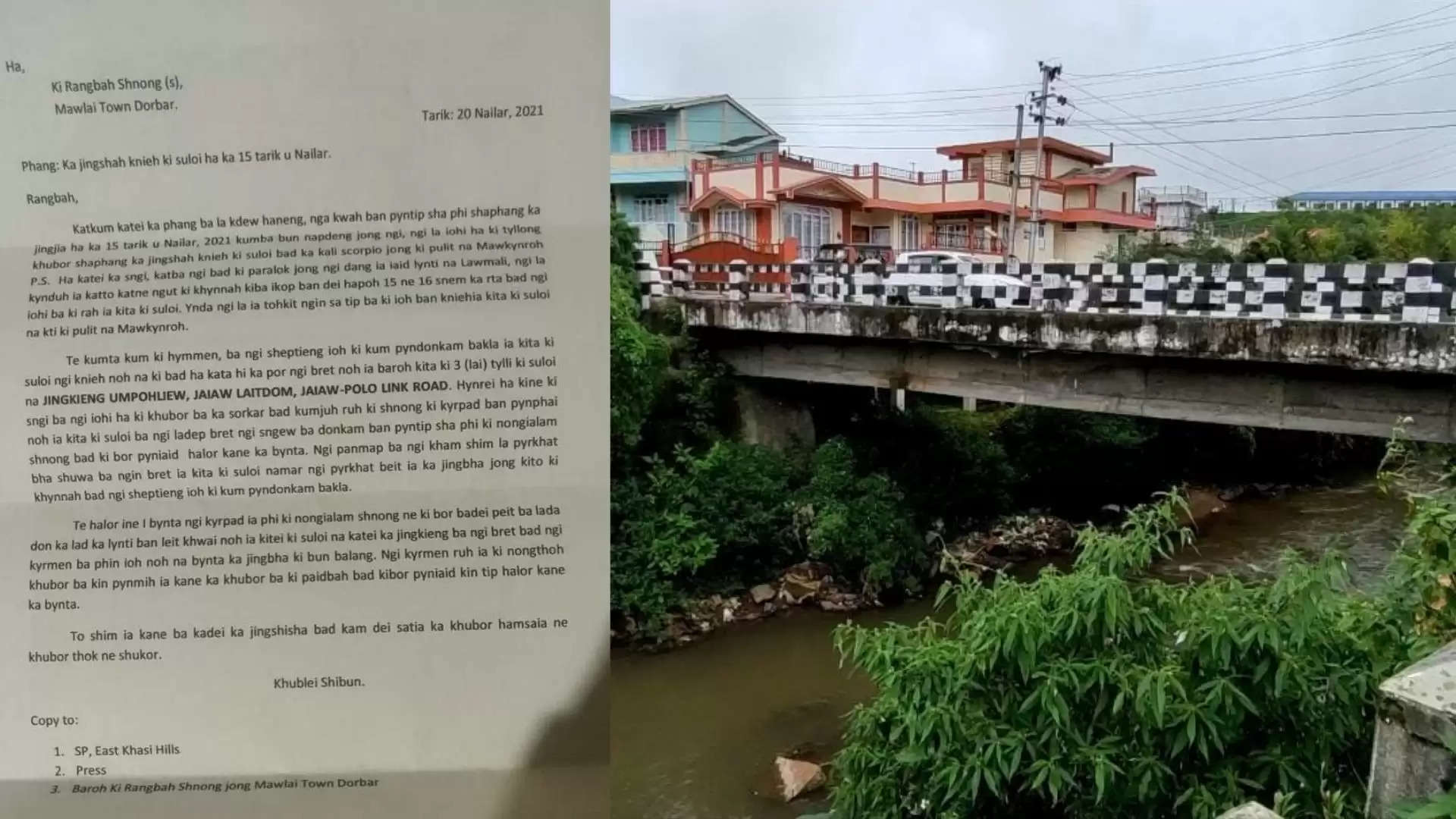 Shillong police on Saturday informed that they are still verifying the details mentioned in an anonymous letter on the whereabouts of the weapons, which were seized by unidentified youths during the violent protest at Mawlai Mawtawar, on August 15.

On Friday, an anonymous letter was sent to a local daily claiming that the seized weapons were thrown into the Umkhrah river from the Umpohliew Bridge. "We never received the letter. We only saw it in the newspapers today. So, we can't comment on the issue," said Sylvester Nongtnger, Superintendent of Police East Khasi Hills.

The anonymous sender claimed that while he and his friends were walking through the Lawmali area in Shillong, they met a group of teenagers brandishing the weapons. "As adults, we feared that they might misuse the weapons. So, we snatched the three weapons from them and threw them from Umpohliew Bridge at Jaiaw Laitdom," the letter read.

The anonymous sender also apologised for deciding to throw away the weapons. "We, therefore, urge the local dorbars or authorities to fish those weapons out from that bridge," the letter further read.

When asked whether any attempts have been made to try and fish out the weapons, the SP replied in the negative, saying, "For now, we are still trying to verify the claims.”