The 45-year-old Gogoi, under arrest since December 2019 for his alleged role in the anti-Citizenship Amendment Act (CAA) protests, won from the Sibsagar legislative constituency, bagging 57,219 votes as an Independent, defeating his nearest rival Surabhi Rajkonwari of the BJP. 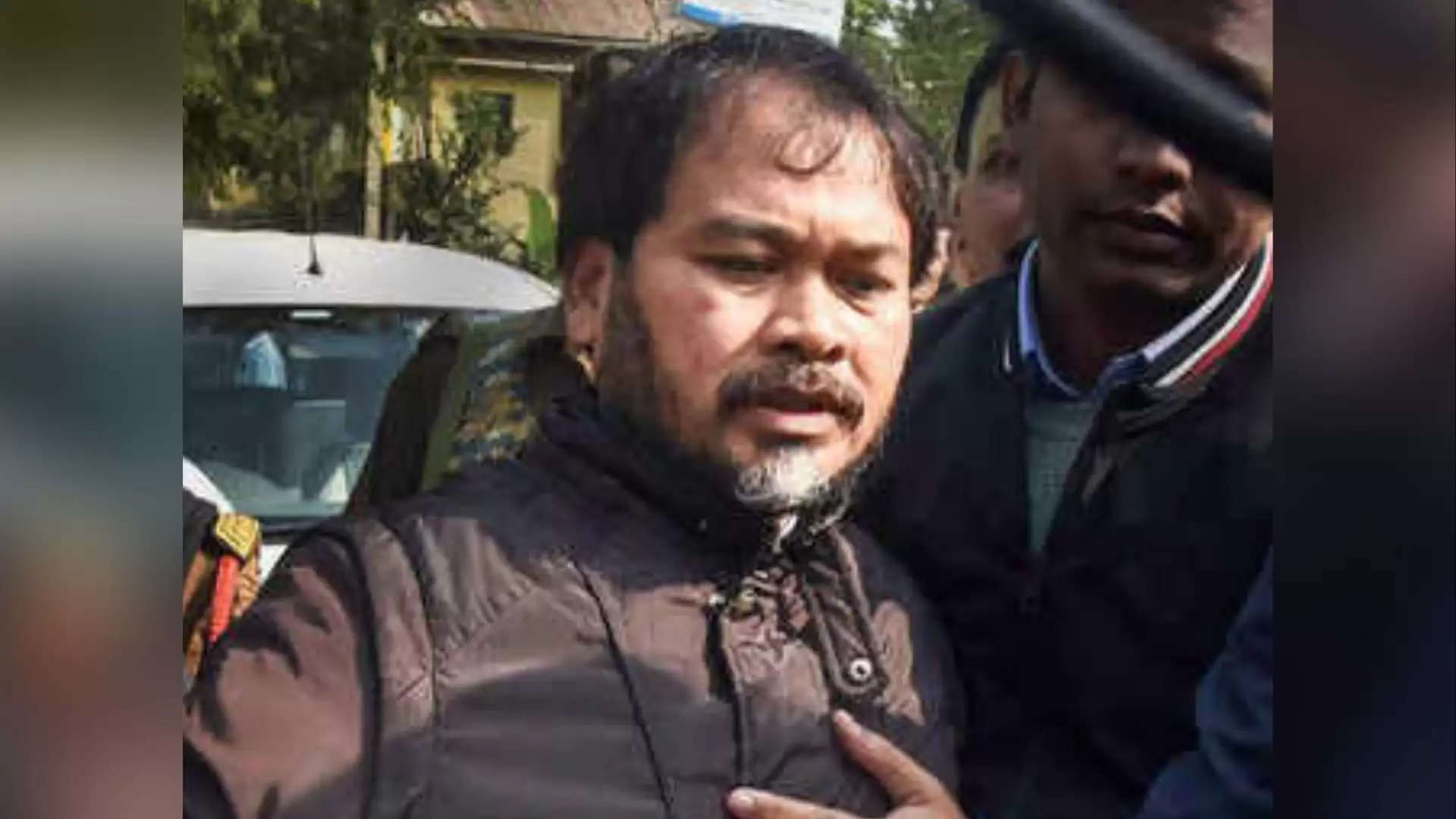 The ruling and the Opposition alliances might have bagged 125 seats, but one seat – Sibsagar – sprung a pleasant surprise with the electorate of the Upper Assam constituency giving a clear mandate in favour of jailed peasant leader and Raijor Dal president, Akhil Gogoi.

The 45-year-old Gogoi, under arrest since December 2019 for his alleged role in the anti-Citizenship Amendment Act (CAA) protests, won from the Sibsagar legislative constituency, bagging 57,219 votes as an Independent, defeating his nearest rival Surabhi Rajkonwari of the BJP by a decisive 11,875 votes.

In the process, Akhil also becomes the first from Assam to have won an election without hitting the campaign trail.

While the RTI activist’s role in voicing support for people’s issues, against big dams, toll gates and CAA, et al, have made him a people’s man of sorts, but apparently, sentiment and sympathy factors weighed heavily in favour of the jailed leader.

In stark contrast to the high-profile star campaigns of the big party candidates, social activists Medha Patkar and Sandeep Pandey joined Akhil’s 85-year-old mother Priyada Gogoi, who despite her age and health issues, campaigned through the streets of the constituency, garnering support for her son.

Persona and popularity apart, what swung the tide in favour of Akhil in Upper Assam where the BJP-led alliance were able to put up a strong show?

“There are a few factors besides emotions. The Congress indirectly supported him in lieu of not contesting from Mariani, even as the party had fielded a candidate,” said a political analyst.

“Besides, Sibsagar has a sizeable number of Muslim voters (about 35 to 40 per cent) and local ethnic voters. Now, Akhil being from the Ahom community and his vocal anti-CAA movement, helped him get their votes in preference to Congress,” he said.

Raijor Dal, formed in October last year, however, failed to make a mark in the other 28 seats it contested in the polls.

Its ally, Assam Jatiya Parishad, another newly formed regional party, cut a sorry figure, failing to win even one seat.

Now, as Dispur awaits Akhil, even as a signboard carrying his name has been fixed in one of the official quarters, members of the Raijor Dal are looking to move the court seeking arrangements for their leader to take part in the swearing-in ceremony, which will be held in a day or two.