It may be mentioned that many areas of Dibrugarh are devastated due to floods every year. 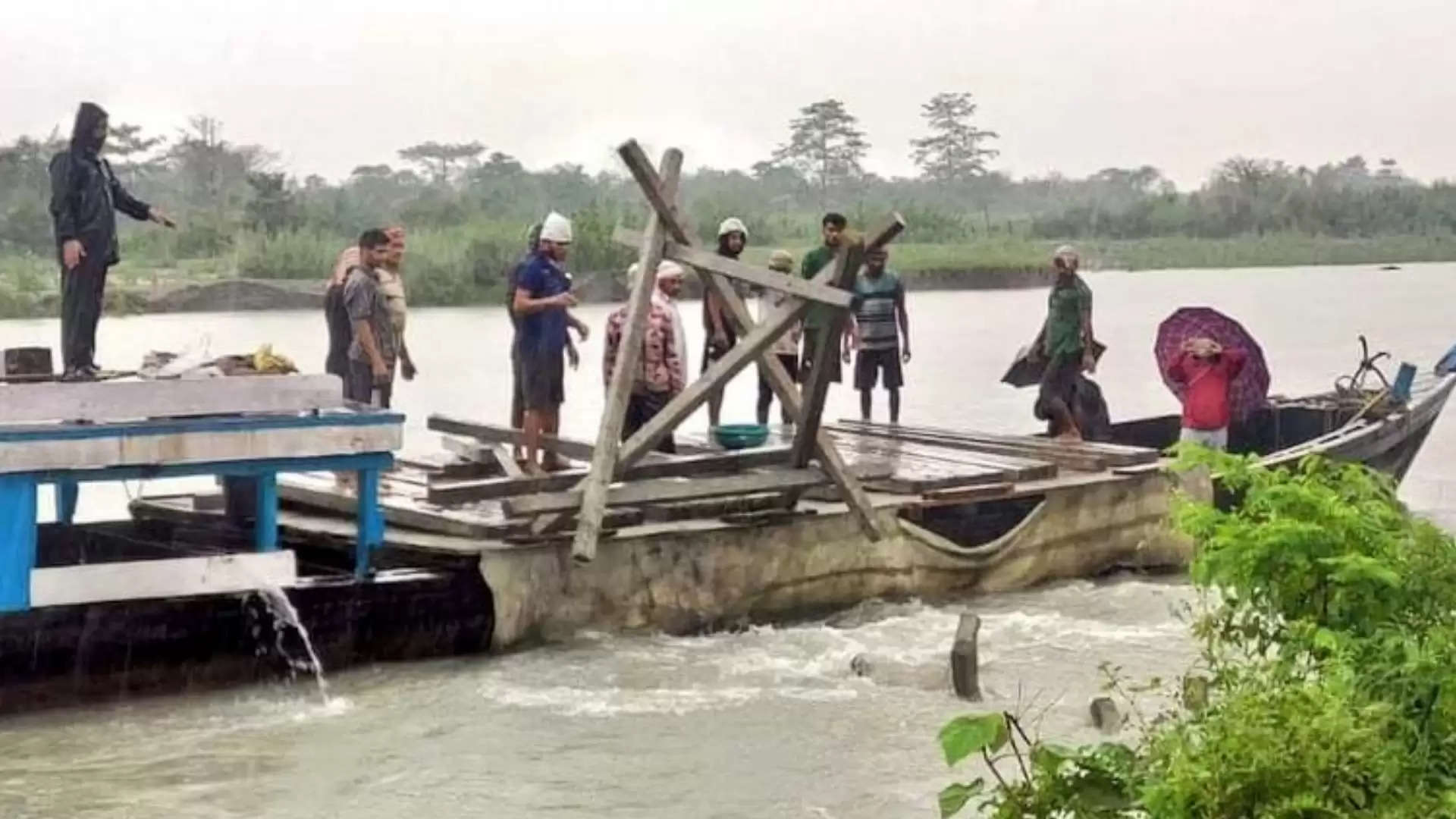 Ahead of the impending monsoon in Assam, the Dibrugarh district administration is geared up and taken all measures to tackle the flood situation in Dibrugarh.

District project officer of Assam State Disaster Management Authority (ASDMA) Deepjyoti Hatikakoti said, “We have identified 167 relief camps in Dibrugarh ahead of the flood. A total of nine SDRF personnel with seven rubber boats and six water divers have been stationed in Dibrugarh. We are fully prepared to tackle the flood situation in Dibrugarh.”

“As per government SOP, hand sanitizers and masks will be distributed in relief camps for the inmates due to COVID-19 pandemic. The SOP came into being last year but this time it will be strictly monitored in the relief camps.” Hatikakoti added.

The ASDMA officer further informed that tarpaulins were distributed to the 39 families of Rongmola village, which was wiped out because of floods recently.

It may be mentioned that many areas of Dibrugarh are devastated due to floods every year.

“Between January to June 6, Dibrugarh received 495 mm rainfall, which is less compared to other years. Every year the district receives 2500-2600 mm of rainfall,” Hatikakoti said, adding that last year the whole of Dibrugarh town was underwater because of the massive rainfall.

This time the district administration is taking all precautions and also seeking the help of the Army in case of any eventuality, he informed.

“Two units of NDRF will be placed in different areas for four districts of upper Assam. One unit will be stationed at Sadiya and another one will be at Charaideo. In case of emergency or rescue operation they will help the district administration,” Hatikakoti informed.

Dibrugarh MLA Prasanta Phukan is taking stock of the Brahmaputra river after there was an increase in the water level in the last 24 hours.