The meeting further discussed setting up helipads on the periphery of the national park for rescue operation. 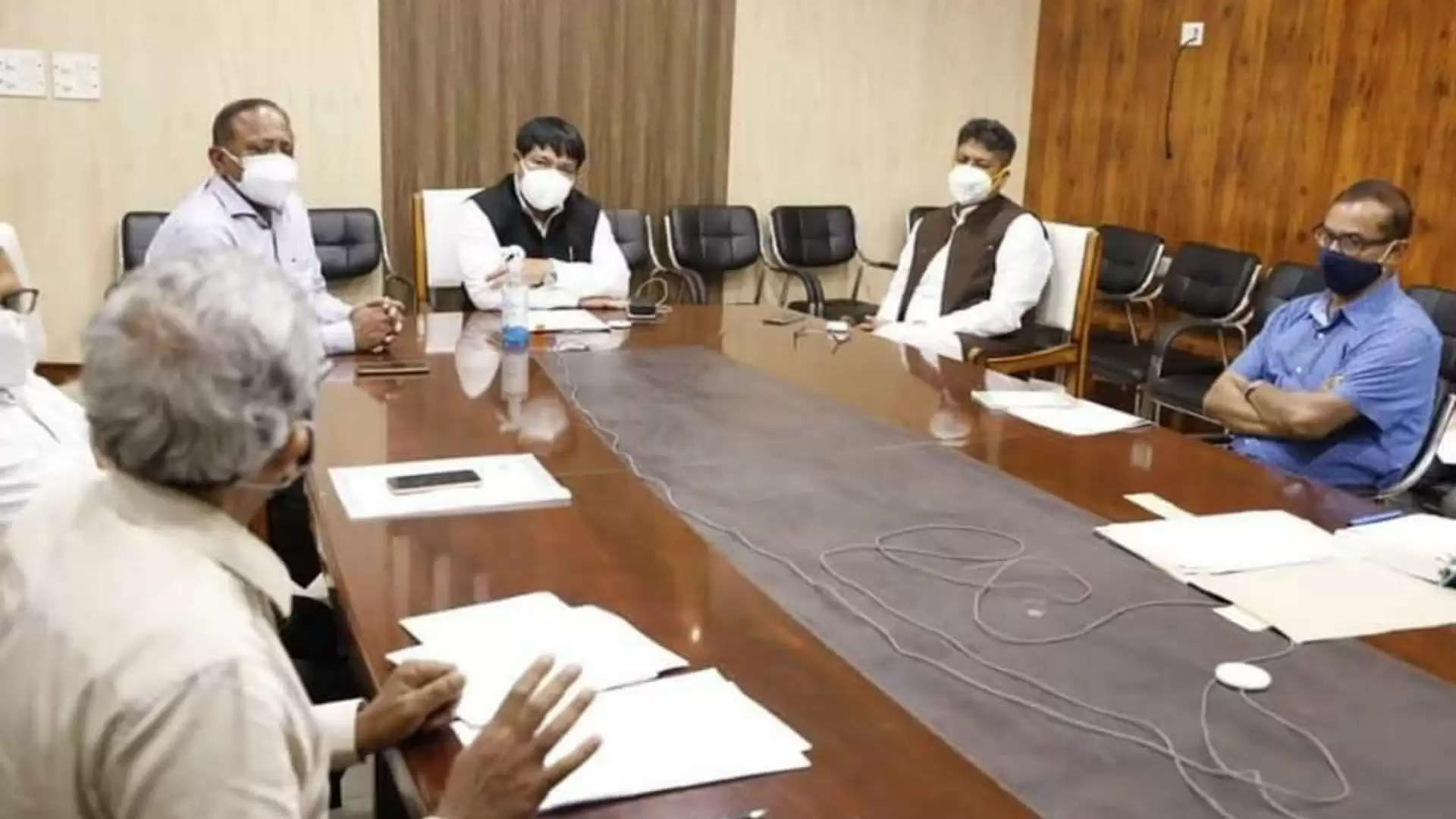 As a follow-up of the flood preparedness meeting at Kaziranga recently, a high-level meet between the forest, water resources and agriculture and veterinary departments here on Wednesday stressed the need to plan short- and long-term plans to mitigate erosion and excessive flooding at the national park.

State minister for environment and forest, Parimal Suklabaidya, minister for agriculture and veterinary, Atul Bora and minister for water resources, Piyush Hazarika were present at the meeting along with senior officials of the concerned departments.

After being briefed by forest minister Suklabaidya and officials of the concerned department, minister for water resources, Hazarika said concrete steps would be taken to prevent erosion at Agaratoli on the eastern range of the Kaziranga National Park covering a stretch of around two kilometres.

“Necessary flood protection measures will be taken up to protect Kaziranga National Park, our pride and glory,” said Hazarika, adding that dredging will be carried out on the outer fringe of the park to prevent excessive flooding.

Hazarika asked the forest officials to submit a plan and estimate for necessary action.

As flash floods take place due to release of water from the Doyang, Rongamati and Bhutan dams, the meeting decided to take up the matter with the concerned authorities so that water is not released simultaneously.

Hazarika said as one of the dams concerned Bhutan, it would be placed before the chief minister for taking up the matter at the appropriate level.

Commissioner and secretary, environment and forest and ASDMA chief executive officer, G.D Tripathi informed modelling was being done with coordinated protocols to streamline the release of water from dams within a month.

In this context, he said several initiatives have been taken for disaster risk reduction.

Suklabaidya directed the forest officials to share information regarding the release of water from dams with the Water Resources department.

Following a threadbare discussion, the meeting resolved to build highlands vis-à-vis flood proofing structures, especially at Borbeel on the fringe of the park to provide shelter to the flood affected people.

The meeting further discussed setting up helipads on the periphery of the national park for rescue operation of man-animals and for tourists; building a spacious guesthouse close to the helipad; upgrade of the veterinary sub-centre at Kohora to a hospital and provision of green fodder to the livestock on the fringe of the park.