Earth Day: Redrawing a post-COVID template for environment in Meghalaya

Look at the end, it's always a tri-sector cocktail of politics, technology and behaviour that is required to counter a complex crisis like this: Meghalaya forest minister James Sangma on climate change 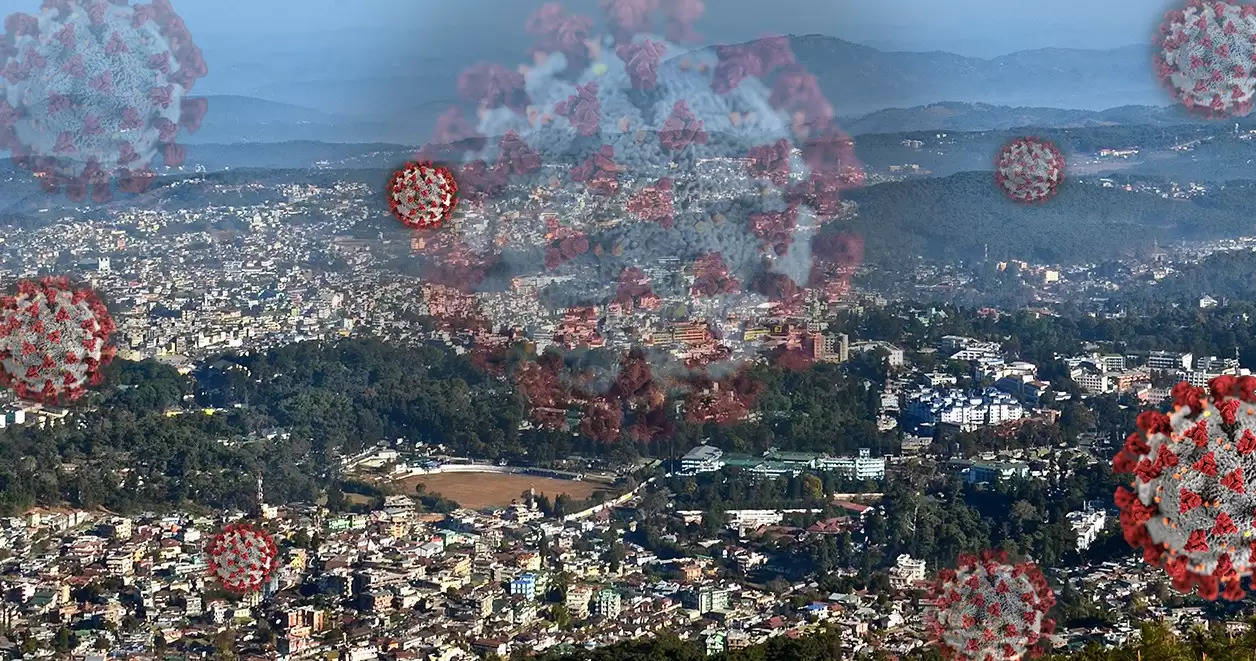 Meghalaya Forest and Environment Minister James PK Sangma, on Thursday, said that the state is looking at redrawing a post-COVID template for the environment.

In a conversation with TNT-The Northeast Today on the occasion of World Earth Day, Sangma said Meghalaya is in the midst of creating a radical strategy for intense climate action in the state.

TNT: What is Earth Day to you?

James: I belong to an indigenous tribe called Garos in Meghalaya - one of the rare biotic regimes in the world and located in the biological hotspot of the Eastern Himalayan region in North East India and one of the wettest regions on earth. We are geological and archaeological antiquity on earth.

We Garos, like the most indigenous communities around the world, practise a nature-inspired spirituality and we have what I would like to call bio-cultural protocols to embed in our day to day chores, in our belief and value systems and our ethos. Our myths and folklore are nothing but conservation narratives and conventions.

I am sure you have heard of our sacred groves in Meghalaya - It has a spiritual and cultural significance for our people. But when looked closely, sacred groves represent an age-old tradition of environmental conservation base.

So, for me, like the most indigenous and tribal communities, Earth day is reminiscent of our planetary bliss but we worship it every day, in some form or the other.

TNT: What do you have to say about the challenges that our planet is facing?

James: I had written a piece earlier this month and (I am) planning to write more pieces and externalise my thoughts about this colossal disaster approaching us at breakneck speed. I remember an environment scientist describing COVID and its wreckage as 'climate change on warp speed'.

Climate Change is going to change the geopolitical landscape of the world. It is the single biggest civilization-level challenge that the world has to face and it has to be fought with unprecedented global solidarities amongst nations.

Speaking from where I stand, as I mentioned that Meghalaya is geological antiquity with many revered scientists and geologists descending into the state, excavating its natural secrets and improving their understanding of nature through our indigenous ecological knowledge. In fact, a chanced discovery in one of our caves had led a geologist to discover the evidence of climatic catastrophe - a megadrought that wiped out most of the bronze age civilisations including the Harappan civilisation 4200 years ago.

Apart from the fact that we have 76 per cent of our land under forest and our livelihoods closely tied to forest economy and standing on the frontlines of climate change disasters, this new finding has sealed our mission to bolster our environmental leadership and climate action with radical ideas. We are in the midst of creating a radical strategy for intense climate action in the state.

We are looking at redrawing a post-COVID template for the environment for our state.

TNT: The book "The End of Epidemics" by Dr Jonathan D Quick talks about a range of mitigation tools during a pandemic disaster for every policymaker. What is your take on the animal to human spillover then?

James: There is no take anymore. We are all responsible for crashing into the natural limits of our planet. As a public servant, my growth and development imperatives have constantly asked me to make decisions.  Decisions that I realise are redundant now. Over the number of years, growth imperatives required the erosion of natural capital - a means that the world economy has deployed for enjoying what is routinely celebrated as ‘economic growth’ but at this stage, it has been established that human's collective impact has exceeded the biosphere's regenerative rate. Deforestation, consumerism and increasingly urban sprawls have led to this conflict and led to this devastating animal to human spill-over and we have to look at this as a problem for explosive and infinite growth.

My state and me too - we all are a victim of these growth doctrines but, I am now going to embrace a radical approach - we are looking at innovative ways to integrate conservations into livelihoods and create a green frontier. We are asking questions like if climate action can unravel a whole new set of economic opportunities for my state, thus scripting a new green paradigm. We are finding solutions to incentivise and activate citizenry for us to lead this change.

I am sitting down with experts and looking at new low carbon pathways and to change our state's deforestation driven economy into a regenerative one. And most importantly, we are looking at bringing nature and natural capital into the economic conceptions and indicator of human growth and well-being. 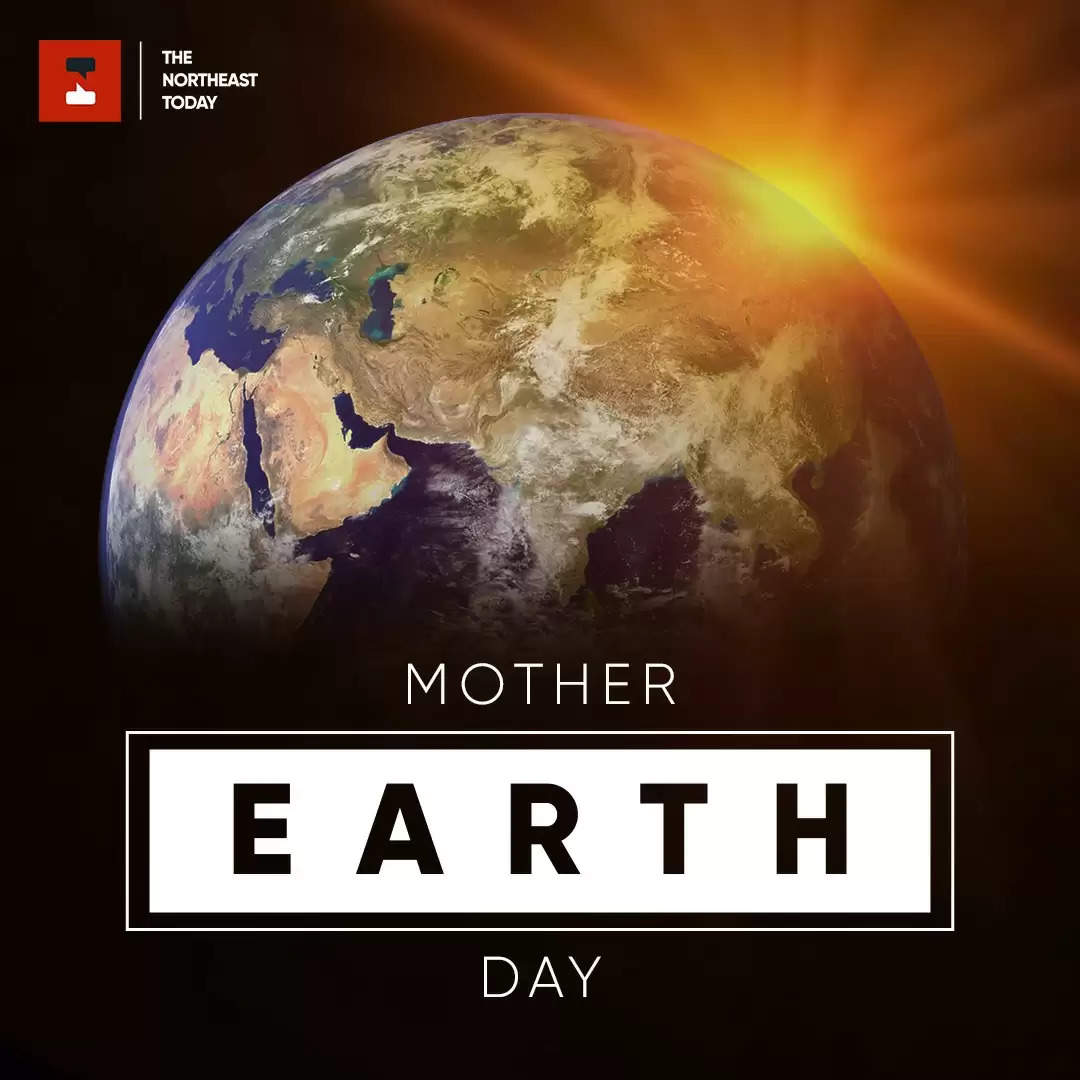 Look at the end, it's always a tri-sector cocktail of politics, technology and behaviour that is required to counter a complex crisis like this.

TNT: Do you blame overpopulation or leadership problems when it comes to climate change?

James: Climate change is a complex issue. It is fuelled by our fundamental economic logic. It is an awful paradox of the times — a healthy economy means a growing economy — and a growing economy makes demands on the planet that it can no longer sustain.

The transition from agrarian to industrial and service economy has put unprecedented stress on Earth’s life-giving systems and we have to find an alternate brand of economics and assets that are not nature negative. I think it is all our collective failure. But that is how societies are transformed. There is an opportunity in every catastrophe. World War II reshaped the gender norms and empowered women by legitimising their rights and economic participation. Black Death that depopulated Europe, killing as much as 60 per cent of the population in the middle of the fourteenth century wiped out Feudalism. Feudalism depended on lots of peasants working the land to support the one per cent of that era.

By carrying off so many of these workers, the Black Death made a major contribution to eroding the foundations of the dominant economic system of the time. So now is not the time to dwell in the past. It is time for leaders and citizens to rally together and create a new playbook for the environment and an unprecedented global and national mobilisation and radical plans.

TNT: It is clear that we have forgotten our duty towards the protection of this planet. Do we still have time to reverse the clock?

James: Yes. As I said, we all have a role to play in this planetary wreckage. Climate Change is not a technological or leadership issue. It has now morphed into a collective global emergency. Most of all, it is a moral issue.  It calls for a new brand of politics, new economic assets, a new kind of citizenry to save our home but most of all - a new social contract of people with nature. I believe we have time to reverse the clock.

Climate Change has been gaining momentum and its urgency is palpable. And we are all busy preparing a master plan to navigate humanity through this crisis. This is not a task for governments or nations alone. This is a task for humanity and we have to create a new blueprint of the world and societies.