Northeast Indian actors who’ve made their mark in Bollywood 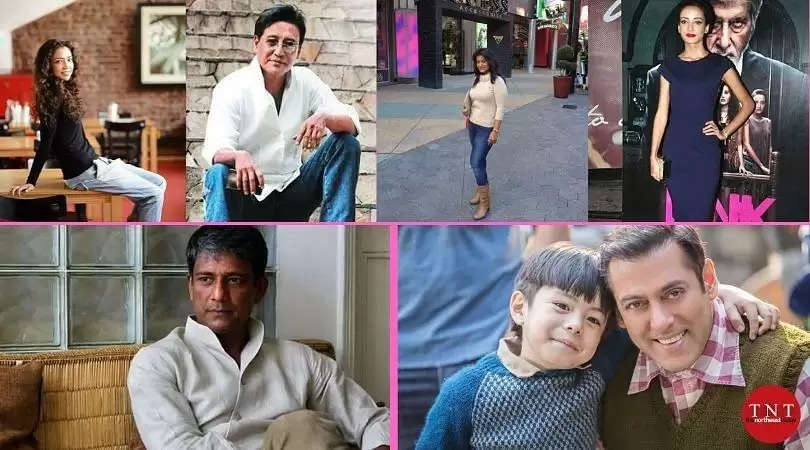 ~ "Cinema can fill the empty spaces of your life and your loneliness," ~ Pedro Almodóvar

The Indian film industry, which is one of the largest film industries in the world, is divided into two major categories—Bollywood and regional cinema.

However, over the years, the Northeast has carved out its own identity by churning out several films that have enriched Indian cinema.

With every film, a star is born and a few of these stars grab the attention of big Bollywood studios.

With that in mind, here's The Northeast Today's list of Northeast Indian actors who made their mark in Bollywood:

Kicking off the list at number six is Matin Rey Tangu, a child actor who made his feature film debut in the 2017 movie Tubelight starring Salman Khan and Sohail Khan.

Matin was born in 2011 in Itanagar, Arunachal Pradesh. His father, Capt. Anupam Tangu (Abo) works as an Officer on Special Duty (OSD) to the Deputy Chief Minister of Arunachal Pradesh. His grandfather, J.M Tangu, is a retired IAS officer. The young actor gained further recognition after Salman Khan dubbed him Itanagar's superstar.

Apart from acting, the young actor loves to cook and dreams of becoming a chef.

Coming in at number five is Reema Debnath, an actor known for her supporting role as Savitha in the 2011 Bollywood movie Bodyguard.

Debnath was born in Agartala, Tripura. Her father is a retired civil servant and her mother is a homemaker. She completed her post-graduation in Management from Kolkata and started her acting career as a student of the Kolkata Film and Television Institute (KFTI).

She later joined the Nalini Kalamanch theatre in Mumbai where she started getting offers for roles in TV series, advertisements and films.

She is a member of Cine & TV Artist Association CINTAA, Mumbai and also appeared in Rajkumar Hirani's 2014 movie PK.

Popular quote: "Art is your passion, but it does not guarantee you a profession."

At number four, we have singer, songwriter and actor, Andrea Tariang, who made her Bollywood debut in the 2016 movie Pink directed by Aniruddha Roy Chowdhury and starring Amitabh Bachchan.

Born and raised in Shillong, Meghalaya, Andrea holds the distinction of being the first Khasi actor to appear in a major Bollywood movie. She could not speak Hindi and learnt the language after they chose her for the role.

Pink was released on September 16, 2016, with a U/A certification. The film received critical acclaim and garnered the National Film Award for Best Film on Other Social Issues.

Pink was also screened at the Rashtrapati Bhavan and was invited for a screening at the United Nations headquarters in New York City.

Her father, Rudy Wallang, is a very popular musician in Shillong. He is a founding member of the blues band Soulmate and is considered one of the most respected blues guitarists in India.

Making her way to number three on our list is Geetanjali Thapa – an Indian film actress born and raised in Sikkim. She won the National Film Award for Best Actress for her performance in the 2013 Bollywood movie Liar's Dice.

She was a professional model and won the Mega Miss North East 2007 beauty pageant held in Guwahati, Assam before entering the film industry.

She made her acting debut in an English short film project, Myth (2006), directed by Prashant Rasaily.

Her performance in the 2012 movie I.D, directed by Kamal KM, won her the best actress award at the Los Angeles Film Festival and Madrid Film Festival.

Apart from films, she has also appeared in several iconic commercials.

At number two, we have Danny Denzongpa – a Sikkimese actor, singer, and director.

With a career spanning more than four decades, he has starred in about 190 Hindi films since 1971 and was awarded the Padma Shree in 2003.

Denzongpa has also appeared in international films and played a significant role in the 1997 movie Seven Years in Tibet, alongside Brad Pitt.

Denzongpa was born into a Buddhist family in Gangtok, Sikkim, and is of Bhutia and Nepalese descent. Denzongpa is also a painter, a writer, and a sculptor. His son Rinzing Denzongpa will make his acting debut in the upcoming action film Squad.

In 2003, Denzongpa took a break from films to pursue other interests. He appeared in only ten films between 2003 and 2009.

He then made a strong comeback in the 2010 movie Enthiran alongside Rajinikanth and Aishwarya Rai. The movie was also his Tamil debut.

Apart from acting, Denzongpa is an accomplished singer, having sung with Lata Mangeshkar, Mohammed Rafi, Kishore Kumar and Asha Bhosle, the stalwarts of Indian music.

Taking the top spot on our list is an actor who needs no introduction. Adil Hussain is a man who has made his mark in Indian cinema, including mainstream Bollywood and international cinema.

Hussain starred in films such as Life of Pi (2012) and The Reluctant Fundamentalist (2012).

Hailing from an Assamese-Muslim family in Goalpara, Assam, he was the youngest of seven children and left his home at 18 to pursue Philosophy at B. Borooah College, Guwahati.

He started acting in college plays and also performed as a stand-up comedian for six years before moving to Delhi.

As an actor, he first received acclaim in Othello: A play in Black and White (1999).

He made his Bengali film debut in the 2004 movie Iti Srikanta, along with Soha Ali Khan. He also appeared in a few Assamese films and played minor roles on Vishal Bhardwaj's Kaminey and Sona Jain's For Real.

But it was his role in Abhishek Chaubey's Ishqiya (2010) which earned him the attention of Bollywood.

In the same year, he appeared in Italian director Italo Spinelli's Gangor, Mira Nair's The Reluctant Fundamentalist, and Ang Lee's Life of Pi.

After conducting a film workshop in 2013, at the University Film Club, Aligarh Muslim University, Hussain was awarded a lifetime membership in the university's film club.

Hussain was also conferred with the 'Outstanding Achievement Award 2020' at the online Film Festival by BFI.

With that being said, there are many other upcoming artistes from the Northeast as the region's talent base is gradually gaining recognition in India's film industry.

(The writer of this article can be reached at andrekongri@gmail.com)