Major earthquakes that shook Northeast India in the past decade

India has witnessed some devastating earthquakes in the past years and if reports from the United Nations and World Bank are to be believed, by the year 2050, more than 200 million people living in urban India will be exposed to earthquakes. 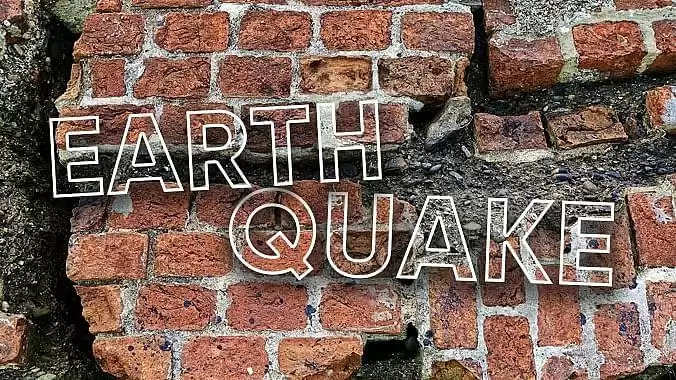 The 6.4 magnitude quake that shook Assam and parts of the northeast on the morning of April 28, Wednesday, is a reminder that almost the entire region of northeast India lies on the highest prone earthquake belt, seismic zone V.

The quake, which occurred 80 km away from Guwahati near Dhekiajuli in the Sonitpur district of Assam at about 7:51 am, is a reminder that a fool-proof disaster management plan in the region is necessary to tackle such crises at any point.

Multiple aftershocks struck Assam after the first quake. The National Centre for Seismology (NCS) has attributed the multiple quakes to the Kopili fault zone closer to Himalayan Frontal Thrust. This is a seismically active area falling in zone V.

A fault line is basically a fracture in the rocks of the Earth’s crust, which has been created due to a mass movement caused by the displacement of rocks.

According to DownToEarth, the Kopili fault zone has witnessed many seismic activities in the past, including the 1869 earthquake (7.8 magnitude) and the 1943 earthquake (7.3 magnitude).

The Kopili fault zone is a 300 km long and 50 km wide lineament (linear feature) extending from the western part of Manipur up to the tri-junction of Bhutan, Arunachal Pradesh and Assam.

What is Zone V?

Zone V covers the areas with the highest risk of suffering earthquakes of intensity MSK IX or greater. MSK is a macro-seismic intensity scale and IX means “destructive”. It is referred to as the ‘Very High Damage Risk Zone.’

The regions of Kashmir, the Western and Central Himalayas, North and Middle Bihar, the North-East Indian region, the Rann of Kutch and the Andaman and Nicobar group of islands fall in this zone.

The deadliest quakes in Northeast India

Five most earthquake-prone cities in India

India has witnessed some devastating earthquakes in the past years and if reports from the United Nations and World Bank are to be believed, by the year 2050, more than 200 million people living in urban India will be exposed to earthquakes.

The five most earthquake-prone cities in India include – entire Northeast India, Srinagar, Delhi, Mumbai and Chennai.

Besides India, other countries around the world that are prone to earthquake include Japan, Nepal, Ecuador, the Philippines, Pakistan, El Salvador, Mexico, Turkey and Indonesia.