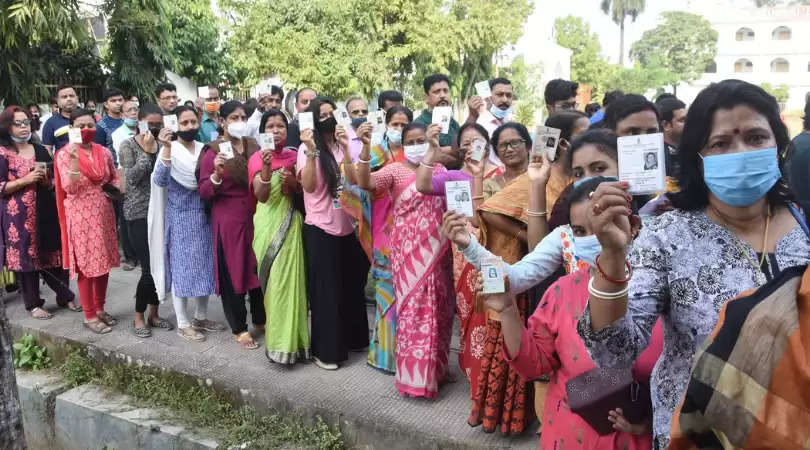 The civic body elections in Tripura concluded on November 25, with 75.01 per cent voting recorded till 6:45 pm, the State Election Commission said.

The polling started at 7 am across 222 seats in 13 urban local bodies of Tripura - 6 Nagar Panchayats and 7 municipal councils - under the Agartala Municipal Corporation.

In the run-up to today’s polls, the ruling Bharatiya Janata Party (BJP) had won 7 out of 20 urban local bodies uncontested. With 112 seats won uncontested by the BJP, polling was held in 222 seats today. The counting of votes will be held on November 28.

Meanwhile, the main opposition Communist Party of India – Marxist (CMIP) alleged widespread violence during the polling hours, and also staged a dharna in front of West Agartala police station. Senior leader from CPIM, Pabitra Kar, termed this election as “false” and “fabricated” and alleged that the BJP captured almost all the polling stations in the state.

“All the booths of the state were captured by the BJP goons. Section 144 was imposed, but the BJP goons from Mohanpur, Jirania, Bishalgarh and other parts of the state, had already entered Agartala city to unleash violence and capture the booths,” he alleged.

Kar also blamed the police and election commissioner for not taking any action to prevent the alleged violence. The CPIM has demanded repolling in five civic bodies in Agartala Municipal Corporation.

Echoing with Kar, All India Trinamool Congress (AITC) also demanded fresh polls, alleging that candidates and polling agents were attacked by BJP backed goons and also obstructed many voters from their democratic right.

However, Deputy Chief Minister Jishnu Dev Verma rejected all allegations of violence being perpetrated by the party claiming that except for some stray incidents, no major violence was reported from the state.

“Some of the reports are exaggerated and the party that has come to fight the elections here is trying to stir a hornet’s nest. They don’t have an organisation which is why they are stirring up a storm here. But such moves won’t be accepted here,” he said.