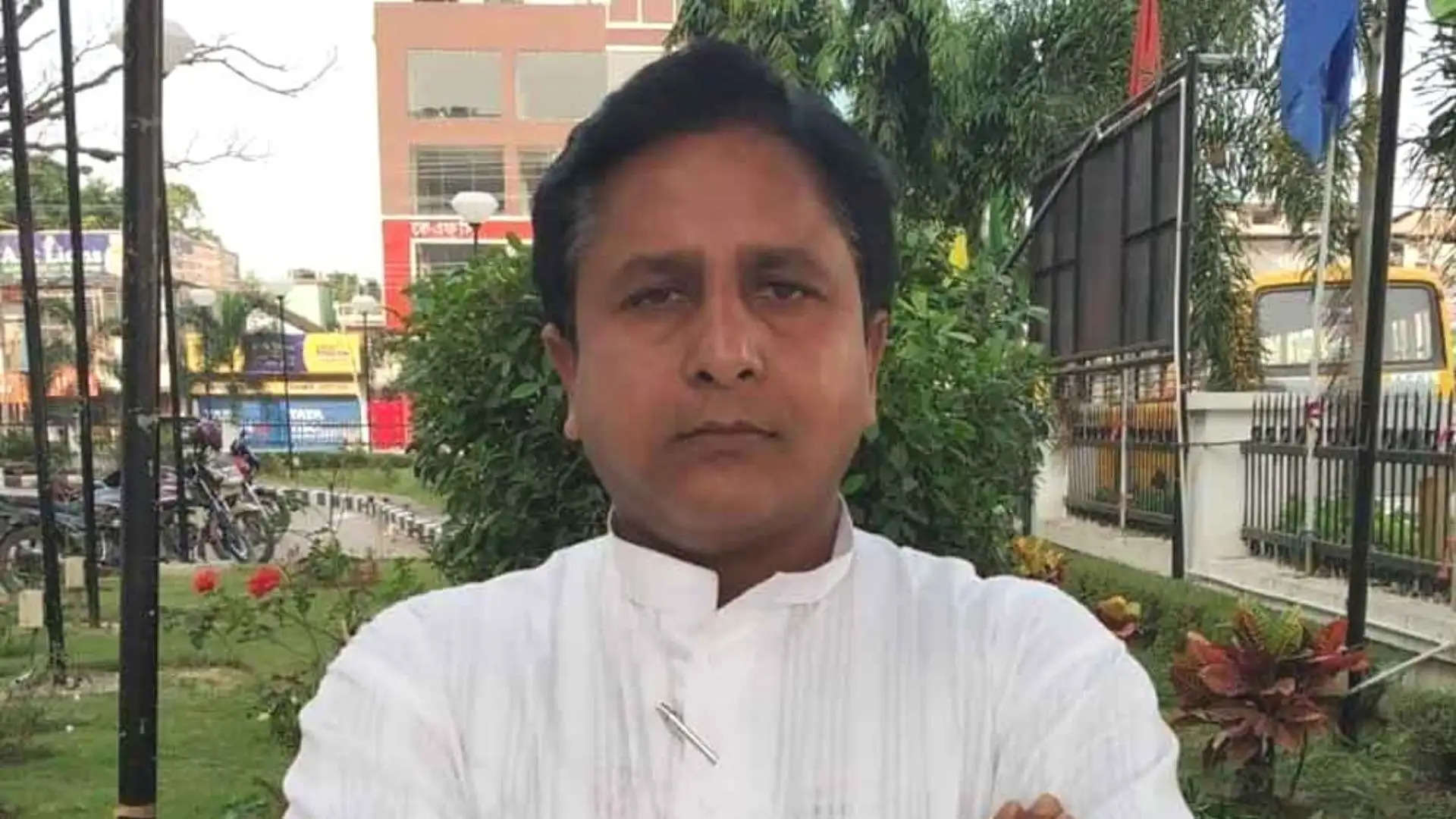 The Chief Whip of the ruling BJP in the assembly, Kalyani Roy, has submitted a petition against Das seeking his disqualification on the ground of defection under the 10th Schedule of the Constitution of India.

Responding to the petition, assembly secretary BP Karmakar has written to Das asking him to send his comment in writing to the speaker.

However, BJP party sources said that right now the party would not take any action as Das was yet to resign from the party.
Das, who is a Scheduled Caste leader and MLA from Surma in northern Tripura, has said that governance in Tripura is worse than British rule.

The MLA along with party's national executive member from West Bengal Rajib Banerjee joined the TMC during the party’s first mass gathering under general secretary Abhishek Banerjee in Agartala on October 31.
Das had last month performed yajna at the Kalighat temple in Kolkata to “atone for his mistake” of joining the BJP.
The BJP came to power in Tripura on March 9, 2018, after defeating the CPI(M)-led Left Front for the first time after the Left parties came to power in the northeastern state in 1978 along with West Bengal.