AITC MP Sushmita Dev said that despite filing multiple FIRs with the police against the Bharatiya Janata Party (BJP) miscreants, no action has been taken so far. 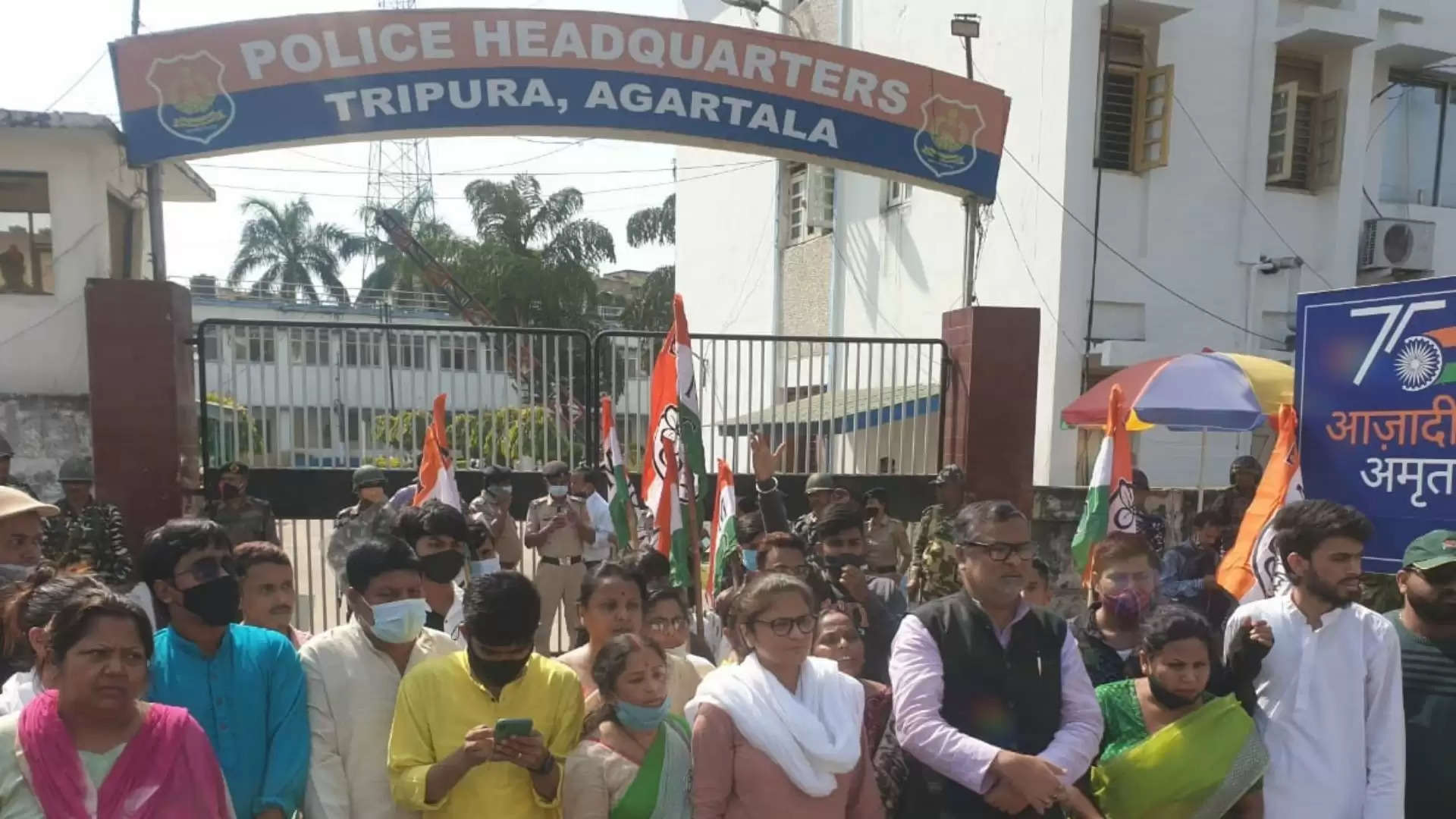 Leaders and party workers of All India Trinamool Congress (AITC) in Tripura gheraoed the Police Headquarters in Jay Nagar on November 11 and protested against the failure of the police to arrest the culprits who attacked AITC candidates contesting the urban local bodies election, on November 25.

Speaking to the press, AITC MP Sushmita Dev said that despite filing multiple FIRs with the police against the Bharatiya Janata Party (BJP) miscreants, no action has been taken so far.

“We have substantial evidence against those who are attacking our candidates. Why are the Tripura Police not taking any action? We want to know who tied their hands. The AITC has started gaining massive support from the people and that is the reason why the BJP miscreants are attacking our candidates,” Sushmita said, alleging that the police are working to protect the BJP, not democracy.

“So many times, we have filed FIRs with the police. They have all the evidence who all are attacking our candidates. A hearing would be held in the Supreme Court and the DGP must answer why he is not arresting the culprits. For whom is he working?” asked Dev.

Earlier, the Communist Party of India–Marxist (CPIM) had also accused the BJP of attacking its party candidates in various places across the state.

The CPIM state committee secretary Jitendra Choudhury has said that the party has filed 20 FIRs, but so far, no action has been taken by the police.