The police said that the fire occurred due to an electrical short circuit. 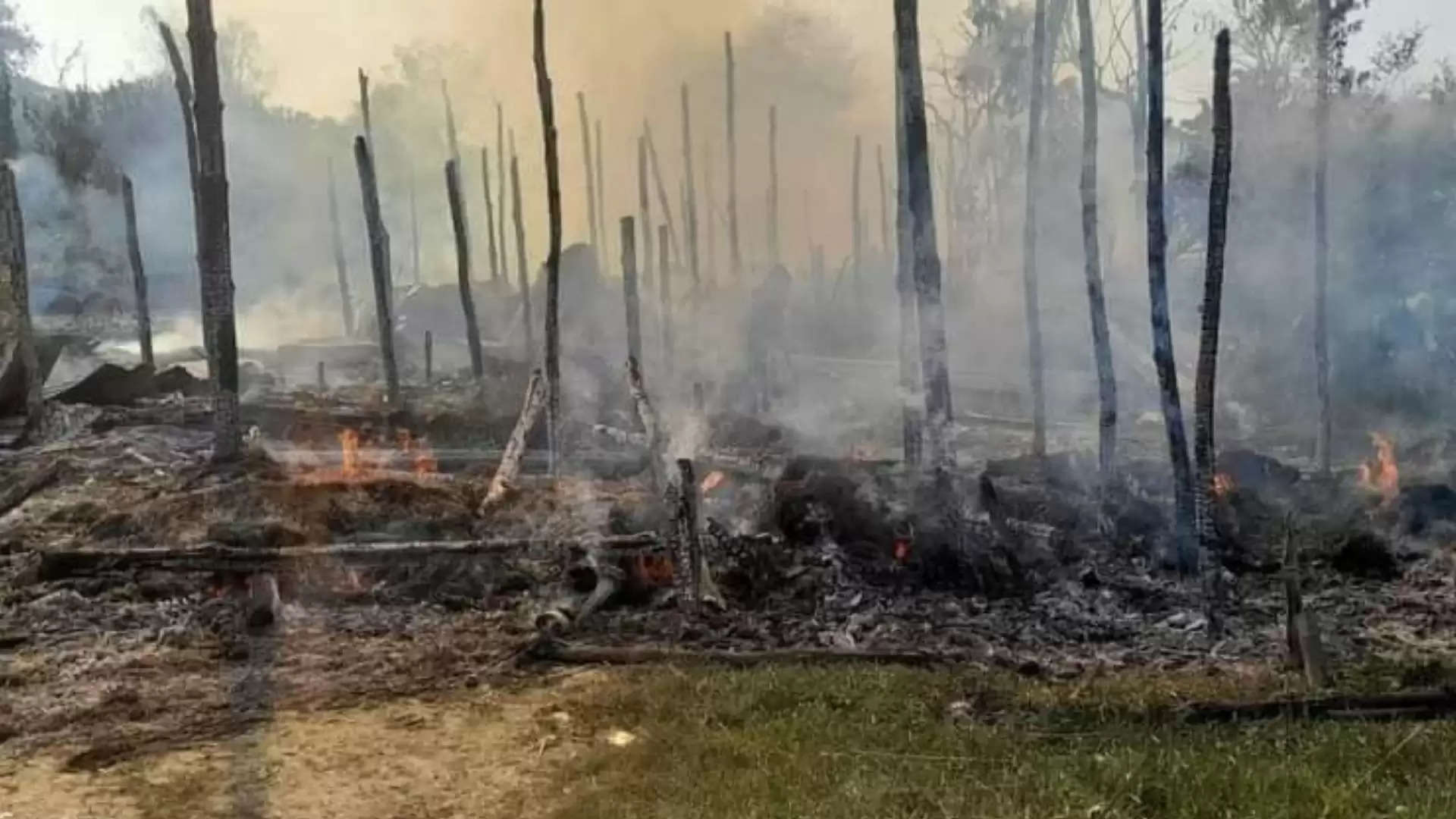 At least 18 makeshift huts of Bru migrants living in the Hamsapara relief camp of Tripura’s North district were gutted by a fire on November 20. No casualties were reported in the incident.

Speaking to The Northeast Today (TNT), a senior police official confirmed that around 18 makeshift huts were gutted in a fire that broke out from an electrical short circuit in the camp following which, a few adjacent huts too had to be dismantled to prevent the blaze from spreading further.

Bruno Msha, general secretary of Mizoram Bru Displaced Peoples Forum (MBDPF), said that the incident occurred at around 8.30 am this morning.

Around 32,000 Bru migrants are currently resettled in 11 locations across Tripura as per the quadripartite agreement between the government of India and the state governments of Tripura, Mizoram and the migrants, many of them still continue to live in camps as the resettlement sites are being readied.