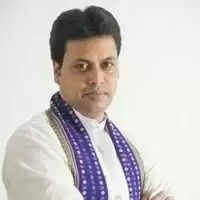 The Press Council of India (PCI) has issued notices to the Chief Secretary, Home Secretary and the Tripura top cop regarding the recent attacks on journalists and the Chief Minister’s statement.

It may be noted that the Assembly of Journalists (AOJ), which is the biggest platform for media workers in Tripura, has seen this as a major victory for their movement.

AOJ, in a statement, said that Chief Minister Biplab Deb had publicly threatened the media while addressing a public meeting in Sabroom on September 11 last year.

“The Chief Minister’s statement against the media has encouraged criminals and anti-social elements. This has backfired especially to the media persons working in different parts of the state.” said the statement.

The Press Council has issued a notice to the concerned officials after collecting evidence and proof from the AOJ regarding the incident of attacks.