During the event, influencers from across the hilly regions came together to entertain and make the people aware of staying healthy amid the growing concerns of COVID-19. 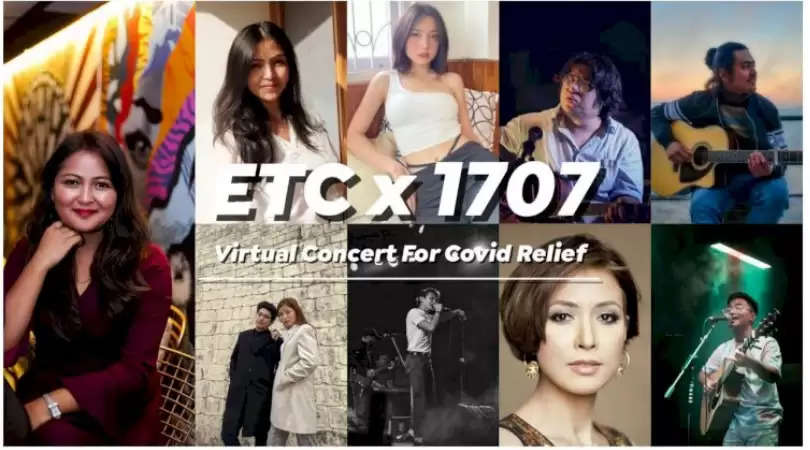 The first-ever virtual concert for COVID relief was held in Gangtok on May 23, which witnessed the participation of 30 singers, 15 influencers from Sikkim and Darjeeling hills.

During the event, influencers from across the hilly regions came together to entertain and make the people aware of staying healthy amid the growing concerns of COVID-19.

The event was organised by local entrepreneurs from the region Kushan Zulka and Youcan Tamang in collaboration with NGO partners Vek Run and the Rotaract Club of Gangtok.

The concert was organised to spread awareness among the general public about COVID and the importance of mental health during the pandemic.

Besides entertainment, the event encouraged the public confined within their homes to extend support to the needy, who have been affected financially due to lockdown and other restrictions.

Giving details about the concert, one of the organisers Kushan Zulka said, "During these COVID times, not just physical health but mental health also is disturbed and it leads to other social problems, hence, artists, influencers from the hills of Darjeeling and Sikkim came together to entertain and make people aware about staying healthy mentally.”

Another organiser Vikram Rai from Vik Run Foundation informed that the Vik Run Foundation was one of the first NGOs working to help the Jesuits of St Joseph’s School to build the first community COVID-19 centre in the hills, and they have been involved in many relief efforts in Sikkim during the restrictions.

He further informed that the NGO has helped the school to tie up many things with the Government and other known personalities to raise funds for the infrastructure at the COVID-19 centre. The COVID-19 centre was inaugurated on 20th May, and it has now 4-5 inmates daily.

Several artists who performed during the event gave their viewpoints on the importance of mental and emotional health for the community given the current crisis, stating that such concerts help in uplifting the people's morale at such hard times.

A day-long event, the concert was broadcasted live on various social media platforms such as Summit Times, Sikkim Chronicle, Kalimpong TV, Voice of Mirik and Darjeeling Times among others.

The concert was also supported by the Journalist Union of Sikkim.

Following the Sunday broadcast, the concert was viewed by more than 30 thousand viewers, and many NGOs came forward to intent their support to the people in need.