In a public notice, YTC executive chairman Y Makezho said all sorts of activities at these sites will remain suspended indefinitely. The council has also asked individuals or officials who are currently stationed there to leave within 24 hours. 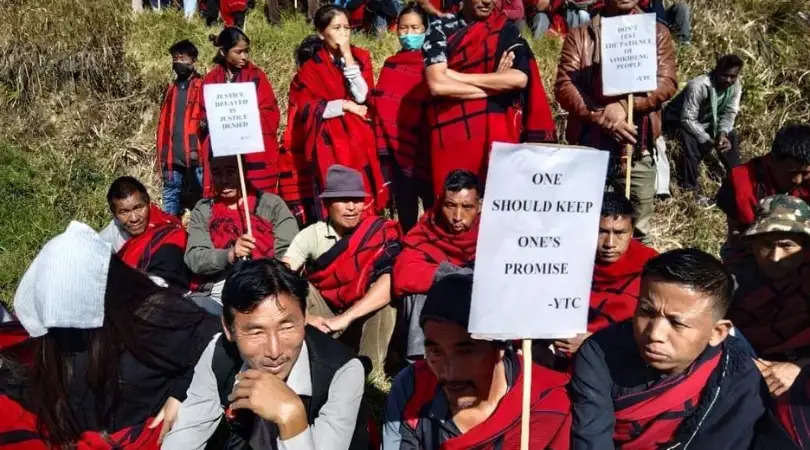 The Yimkhiung Tribal Council (YTC), on January 4, decided to shut down the Likimro Hydro Electric Project indefinitely over the failure of the Nagaland government to declare Shamator as a district.

The council also banned visits of all tourists to Fakim Wildlife Sanctuary, Mt. Saramati, and stone caves at Mimi and Salomi which fall under Shamator.

In a public notice, YTC executive chairman Y Makezho said all sorts of activities at these sites will remain suspended indefinitely. The council has also asked individuals or officials who are currently stationed there to leave within 24 hours.

“The decision has been necessitated in resentment against the state government's failure to declare Shamator district,” the YTC said.

As directed by the YTC, the first phase of agitation in protest against the state government’s failure to declare Shamator as a district before December 31, 2021, began on Monday in all the administrative headquarters within Yimkhiung land.

The council said it had been demanding upgradation of Shamator additional deputy commissioner’s headquarters as a district since 2003, and added that it had submitted several representations and reminder letters to the state government.

It said the state government had also assured to fulfill the long-pending aspirations of the Yimkhiung people in lieu of unopposed ruling Nationalist Democratic Progressive Party (NDPP) MLA in the last by-election to 58 Shamator-Chessore Assembly constituency held in October 2021. NDPP nominee, S Keoshu Yimchunger, was declared elected unopposed to the Nagaland Assembly in the by-election from the constituency.

However, the state government has been procrastinating in the declaration of Shamator as a district citing varied reasons, the YTC said.

In Pungro town, various organisations responded to the call of the YTC and took part in the agitation on January 3.

The YTC said all government offices except emergency services remained shut in Yimkhiung areas during the day. All business establishments also joined the protest by putting down the shutters to show solidarity and support to the YTC on the first day of agitation.

While Tseminyu district was formed by bifurcating Kohima district, Niuland and Chumukedima districts were carved out of Dimapur district.