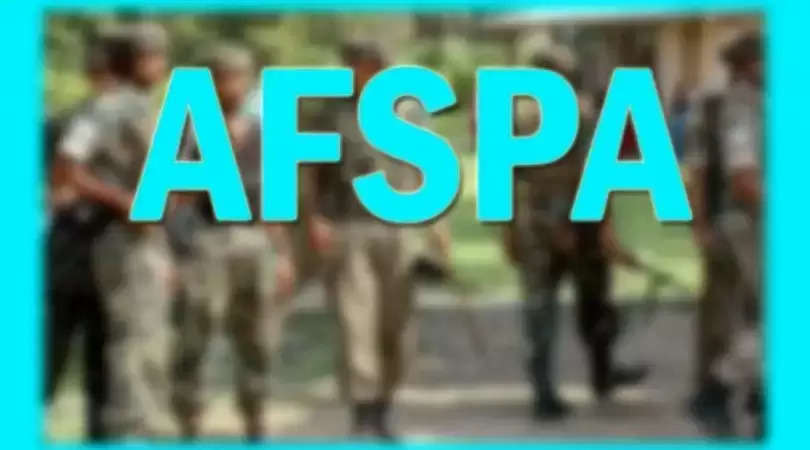 The Centre’s notification on December 30 declaring entire Nagaland as disturbed area and extending the AFSPA in the state for another six months came as a rude shock to the people of the state at a time when the state government, political parties and civil society organisations alike have been demanding immediate repeal of the Act, especially in the aftermath of the recent Oting killings.

The NPF, which is a partner in the United Democratic Alliance government in the state, said it is aghast and affronted to learn that the Government of India has issued a notification extending the Disturbed Area Act (DAA) in Nagaland for another six months with effect from December 30.

The party said extension of the Act in the immediate aftermath of the December 23 meeting convened by Union Home Minister Amit Shah with Nagaland chief minister Neiphiu Rio, Assam chief minister Himanta Biswa Sarma, along with Nagaland deputy CM Y Patton, and NPF Legislature Party leader TR Zeliang is a case of adding further insult to injury. It said the Centre decided to institute a committee to examine the withdrawal of the AFSPA in Nagaland.

The party said this extension is a manifestation of the utter disregard the central government towards the voices of small states, particularly in Northeast India, considering that the Nagaland Assembly had unanimously resolved to demand repeal of AFSPA at a special session on December 20.

The NPF said it is committed to the removal of the DAA and the AFSPA from all the Naga areas.

The RPP held the ruling Nationalist Democratic Progressive Party (NDPP), BJP and NPF coalition responsible for the extension of the Act in the state.

It said the extension of the DAA by the Government of India for another six months came as a shock to a mourning people.

“This extension is nothing but the abject failure of the NDPP, BJP and NPF coalition to convince the Government of India that post Oting massacre, it is capable of handling the law and order situation in the state with or without AFSPA,” the RPP said in a statement.

It asked whether the United Democratic Alliance coalition government in the state raised its objection to the extension of the DAA.

The RPP also sought clarification from the state government if it has given any written assurances to the ministry of home affairs guaranteeing that it will uphold law and order in the state since it is a state subject.

The NSF said declaration of entire Nagaland as disturbed area and extension of draconian AFSPA for another six months is an insult to the Nagas at this time of grief.

“It is another attempt to rub more salt to the wounds caused by the botched army operations at Oting,” a release issued by NSF president Kegwayhun Tep and general secretary Siipuni Ng Phio said.

The NSF said going by the adamant attitude of the central government, the Naga people must be prepared to face it head on in the New Year.

Rejecting the Centre’s notification, the federation said the state government should also do so based on its resolution adopted at the recent special Assembly session.

The federation reiterated its earlier stand that the Naga people sever all ties with the Indian armed forces. It said their attempts to further their ‘selfish agenda’ in the guise of humanitarian acts will not be entertained.

The NSF warned that it will protest against the notification through a series of democratic agitations.

Naga Hoho president HK Zhimomi stated that by extending the Act, the Centre has invited the wrath of the Naga people.

ALSO READ: Nagaland Year-Ender: Events that made headlines in 2021