Nagaland Year-Ender: Events that made headlines in 2021

According to observers, what the 2022 has in store for the people of Nagaland will largely depend on how the Naga issue, AFSPA, and investigation into Oting killings are handled. 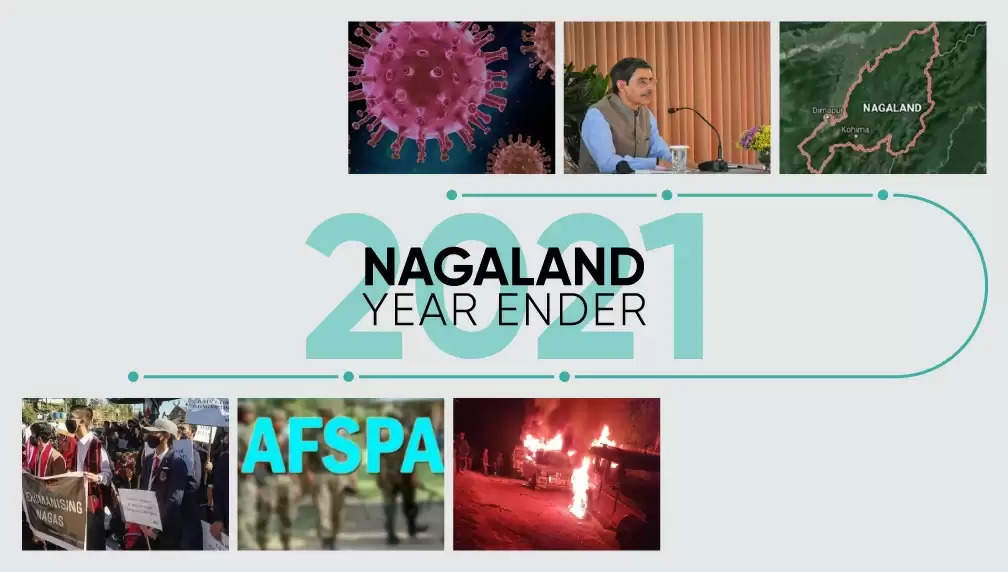 As Nagaland was reeling back to normal after Covid restrictions were withdrawn, a glimmer of hope emerged in the state this year that a final solution to the decades-old Naga political issue would be arrived at.

Staring from Covid, altogether 686 people lost their lives to Covid in the state, while the total caseload surged to 32,188, with 30,347 recoveries from the virus till December 29.

Among the notable events that took place in the state this year, persistent demand for imposing the Inner Line Permit (ILP) throughout Dimapur district. Transfer of incumbent Governor RN Ravi to Tamil Nadu following discord with the state government over law and order issue and the NSCN (IM) over its demand for flag and constitution as part of the solution to the Naga issue, the appointment of retired Intelligence Bureau Director, AK Mishra, as the Government of India’s representative for talks with the Naga political groups occupied prominence.

Other important events in the state included the formation of an all-party opposition-less government in the state on September 18 under the nomenclature United Democratic Alliance to help find a solution to the Naga problem, and creation of four more districts etc.

The state government created Noklak district on January 20, while Tseminyu, Chumukedima, and Niuland districts were created on December 21, taking the total number of districts in the state to 15.

The cry for a final solution to the issue dominated the headlines in 2021, with the state government, civil society organisations and the Naga political groups going all out to bring it to a logical conclusion. But the horrifying massacre of 13 civilians at Oting village in Mon district by the 21 Para Special Force on December 4 followed by the killing of another person in Mon town in firing by the Assam Rifles when protesters tried to storm its camp on December 5 dwelt a severe blow to all these efforts.

The killings renewed the demand for repeal of the Armed Forces (Special) Powers Act in Nagaland. While civil society organisations, including the apex Naga Students Federation, held massive rallies across the state for repeal of the Act and demanding justice for the firing victims, the state government on December 20 adopted a resolution demanding that the Government of India remove it not only from Nagaland but from the entire northeastern region.

But this was not to be as the central government on December 30 extended the AFSPA in the state for another six months.

The Centre on December 23 decided to set up a five-member committee to into the withdrawal of AFSPA in Nagaland after being in force for 63 years. The committee was asked to submit its report within 45 days.

According to observers, what the 2022 has in store for the people of Nagaland will largely depend on how the Naga issue, AFSPA, and investigation into Oting killings are handled.