Nagaland | NPF's offer for all party govt: NDPP welcomes move, what about BJP?

As Nagaland is set to witness an Opposition-less Assembly with the resolution passed by the Naga People’s Front (NPF) to join the ruling People’s Democratic Alliance (PDA), the coalition partner BJP will now have to decide – whether to move forward in the same direction as the Nationalist Democratic Progressive Party (NDPP) or stay aloof. 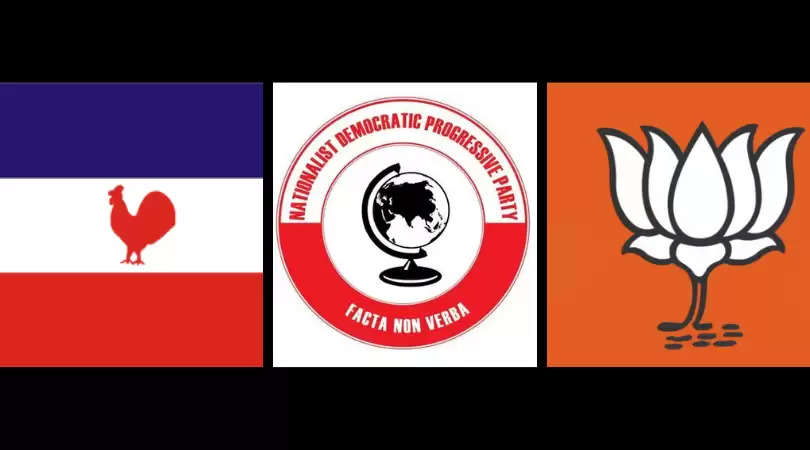 As Nagaland is set to witness an Opposition-less Assembly with the resolution passed by the Naga People’s Front (NPF) to join the ruling People’s Democratic Alliance (PDA), the coalition partner BJP will now have to decide – whether to move forward in the same direction as the Nationalist Democratic Progressive Party (NDPP) or stay aloof.

There have been rumours of the Neiphiu Rio-led NDPP trying to sideline its ally – the BJP by welcoming the move of the Opposition NPF.

Amid the political development, the BJP central leadership has dispatched the party in charge of Nagaland, Nalin Kohli to Dimapur to assess the situation.

“I am on my way to Dimapur. I am not giving any reaction as of now,” Kohli told The Northeast Today (TNT) on Wednesday, adding that he would have to take stock of the political situation before making a statement.

Meanwhile, the NDPP had, on July 20, decided to discuss the matter with the BJP before taking a final call on the resolution passed by the NPF.

An emergency meeting of the NDPP top leadership, held at the party central office in Dimapur on July 20, welcomed the resolution of the NPF Legislature Party calling for unity amongst the members of the 13th Nagaland Legislative Assembly.

“A copy of the resolution was shared with the house and it was decided that since PDA is a coalition government and therefore our alliance partners the BJP will be first consulted before taking the matter forward,” read the NDPP resolution.

The NPF had earlier passed a resolution to ally with the ruling PDA in a reported bid to resolve the decades-long Naga Political Issue once and for all, paving way for an Opposition-less assembly.

This development took place a month after political parties in Nagaland came together after the formation of the Core Committee for Naga Political Issue on June 16.

This is not the first time that Nagaland is without an Opposition. In 2015, when NPF leader TR Zeliang was the Chief Minister, all eight legislators of Congress joined the ruling NPF thus leaving the Opposition with no MLAs.

“It is nothing new in Nagaland. When Zeliang was the chief minister, the same kind of mechanism and approach was adopted by the Central government when it had sought a unified body on the Naga political issue. So, this time too, we want to show them that we stand united as one for the sake of the people of Nagaland,” NPF Secretary General Achumbemo Kikon told TNT.

Kikon expressed optimism that their move will bear positive results and bring an end to the long-drawn Naga political issue.

The NPF is currently awaiting a response from the NDPP.
“We are yet to get a confirmation from them. Now the decision lies with the NDPP. Let them take their own time,” Kikon added.

Reacting to questions on the reported attempts of the NDPP to sideline its ally - the BJP, the NPF leader said, “They are coalition partners. Let them sort it out among themselves. It is up to them whether to accept or reject our offer. Regarding the differences between the coalition partners, we have nothing to do with that.”

To another question on a probable move of the BJP to call on the NPF to form the government, Kikon said, “I am not aware of that as of now. Our immediate target is to solve the Naga political issue.”

Sources informed that the BJP is eyeing on forming the government with its erstwhile ally NPF in Nagaland. The NPF had earlier made the offer but the same was rejected by the BJP; the latter is now seeking a revival of the offer. In any case, the NPF is an ally of the ruling BJP in Manipur.

The NPF is the single largest party with 25 MLAs in Nagaland in a 60-member assembly. The NDPP led government in Nagaland has 20 members and the BJP has 12.