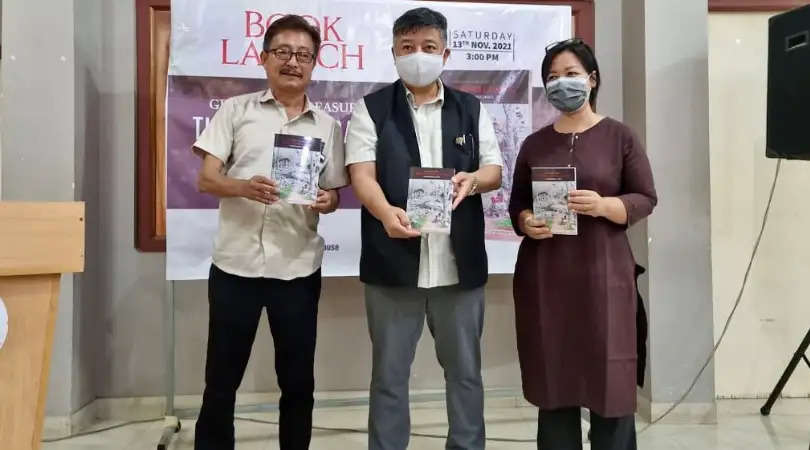 A book, The Hornbill Dance (Grandma's Treasure-1), by journalist-author Ngathingkhui Jagoi, was launched here on November 13 afternoon. The book retells the stories his grandmother used to tell him during his childhood days.

In his address, Metha exhorted the Nagas to write stories about their community which will remain as history in the future.

“Our children should know about our background,” Metha said.

He stressed that it is time for the Naga people to be known for their good things.

Metha added that the new generation of the Nagas must tell good stories to the outside world. He congratulated Jagoi for publication of the book.

Jagoi narrated how his grandmother’s bedtime stories inspired him to compile the book. He said the stories that she had told him greatly influenced him about the culture and beliefs of the Nagas.

He said The Hornbill Dance is a collection of the mythical accounts of the Tangkhul community.

Besides, Jagoi directed and produced two documentary films “The Dying Giant” and “Rising with Monoliths”.

Publisher of the book Dr Lanusangla Tzudir emphasised that the Naga people need to pen their own stories.

“We do not want to be a subject for others,” Tzudir said in reference to the books on the Nagas written by people from outside.