Mizoram Home Minister Lalchamliana said that if the situation worsens in the neighbouring country due to the ongoing conflict between the Myanmar military and the opposition forces, the influx will increase in the coming days. 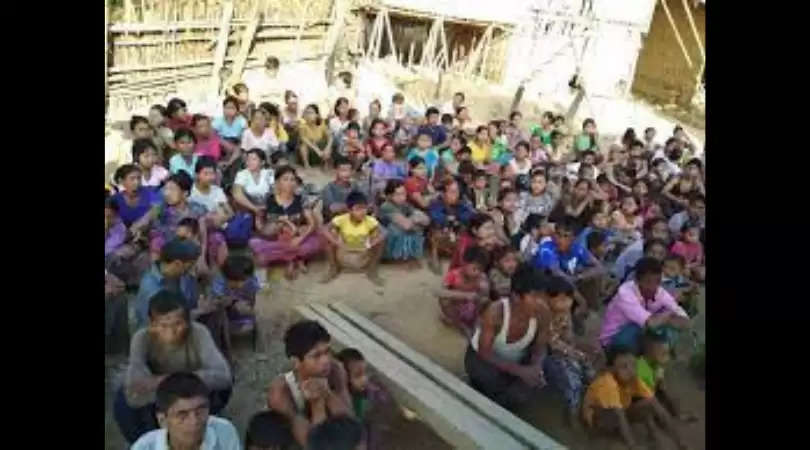 With fresh influx of refugees from Myanmar, the total number of people taking shelter in Mizoram has increased to 11,000, police and district administration officials said on Saturday.

The officials added that around 150 people, including women and children, have taken shelter in Champhai, Lawngtlai and Hnahthial districts in the past few days.

Mizoram Home Minister Lalchamliana said that if the situation worsens in the neighbouring country due to the ongoing conflict between the Myanmar military and the opposition forces, the influx will increase in the coming days.

While Mizoram has maintained that it will continue to offer support to the refugees, the government of India (GoI), so far, has not accepted the terms of the Mizoram government to unilaterally allow refugees to stay on Indian soil.

As per the Minister of Home Affairs (MHA) advisory, "the state governments and UT administrations have no power to grant “refugee” status to any foreigner, and India is not a signatory to the UN Refugee Convention of 1951 and its 1967 Protocol.

A delegation of the Mizoram government has already approached the Centre on the matter, on which the GoI said that under humanitarian grounds help cannot be denied, but as per the law of the land the government will not encourage illegal infiltration.

Most of the refugees staying in Mizoram are being assisted by various local NGOs, including the Young Mizo Association, as formal help from District Administration cannot be provided given the fact that the refugees are yet to be granted refugee status by the government or international agencies.

Amid the mass influx and immigrants concerns, the Mizoram government has also decided to provide education to children of the Myanmar refugees.