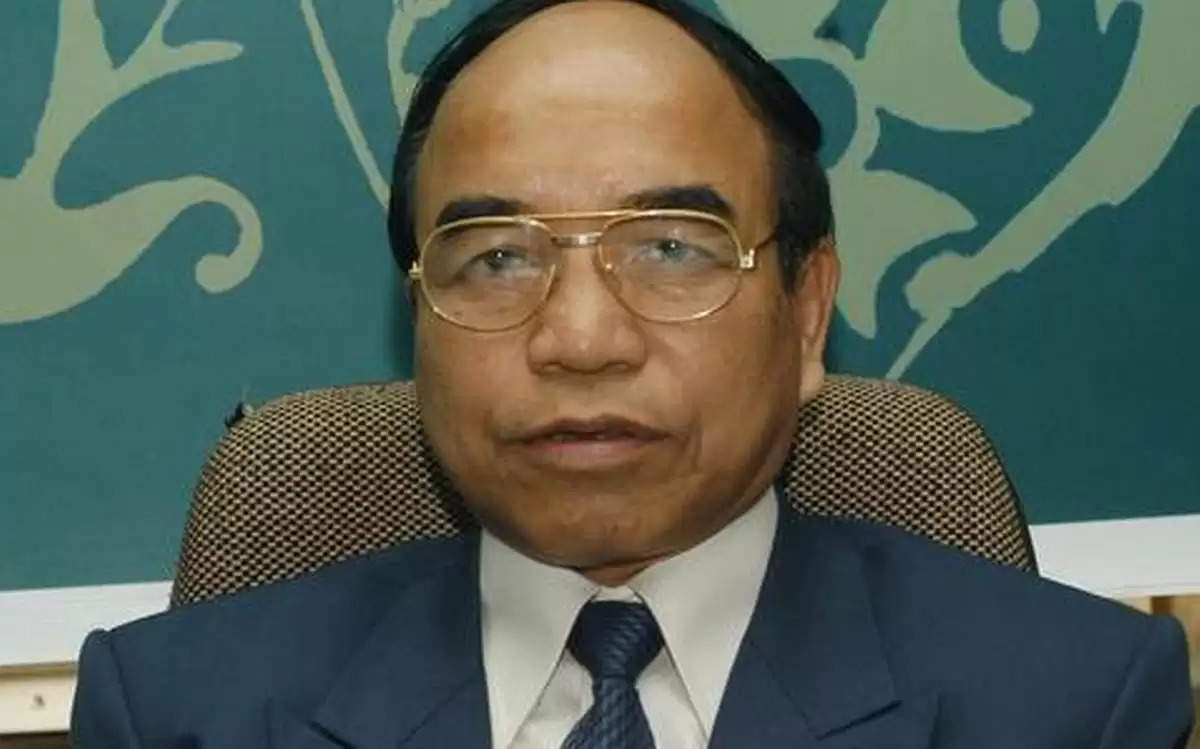 Mizoram chief minister Zoramthanga, whose party Mizo National Front is part of the BJP-led NDA, is unhappy with how the Ministry of Home Affairs (MHA) overruled his choice of a chief secretary by appointing a non-local IAS officer as the chief secretary. The chief minister also wrote a letter to Home Minister Amit Shah in this regard.

In the letter, Zoramthanga informed Shah about how an IAS officer who is not conversant with the local language could create a problem in administration.

“The Mizo people by and large generally do not understand Hindi, and none of my cabinet ministers understand Hindi, some of them even have problems with English language. With such a background, a chief secretary without knowledge of a working standard Mizo language will never be an effective and efficient chief secretary,” Zoramthanga said in the letter.

Coinciding with the MHA order, the Mizoram government on October 28 had issued a notification appointing J C Ramthanga, a Mizo IAS officer of Manipur cadre, currently holding the post of additional chief secretary to the chief minister, to take charge of chief secretary post with effect from November 1, 2021.

It was almost entirely true when Mizoram chief minister said, in his letter to Home Minister, that the Centre has never posted a chief secretary who does not know the working standard of Mizo language since the creation of the state of Mizoram.

“Whether it is the UPA government or the NDA government at the Centre, this has been a practice since the creation of Mizoram state. It is a well-known fact that in other states of India, a chief secretary, who does not know even the basic working language of the respective state, is never posted at all,” the letter said.

Despite Zoramthanga’s request, the MHA went ahead with its decision, directing Sharma to join as new chief secretary. She assumed office on November 2.

Sharma, the AGMUT cadre officer of 1988 batch, is not new to Mizoram as she had already been posted here as Commissioner and Secretary in the finance and general administration departments between June 2011 and August 2012.

Putting communication problems aside, Sharma had been known as a soft-spoken and affable officer who had cordial relations with the Mizos during her previous stint.

Zoramthanga’s letter also requested Shah, a top BJP leader, to support his decision as “a special favour” for being allies under NDA and North Eastern Development Alliance (NEDA).

“Otherwise the opposition would make a mockery of me for faithfully serving the partnership of NDA,” Zoramthanga’s letter said.

“I have been an NDA partner from the beginning up to this time. While many of the states are changing themselves from one alliance group to another, I am the only one in the whole of the North East states, who has been a faithful partner of the NDA team from the beginning up to this time. I, therefore, believe that I deserve a special favour and consideration for the faithful friendship with NDA,” he wrote.

Zoramthanga further wrote that his predecessor, the Congress chief minister Lal Thanhawla was allowed by the Modi government to have a say in picking a chief secretary. “If it is denied to me, the Congress party and all other opposition parties will make a mockery of me for faithfully serving the partnership of NDA”.

Though Zoramthanga’s party is BJP’s ally under NDA and NEDA, he had refused to tie up with the saffron party in the Christian-dominated state of Mizoram in 2018, which irked the State BJP leaders. Fighting the assembly elections as allies was the BJP’s only hope to make inroads into Mizoram.