Lalzirliana had tested positive for COVID-19 earlier this week and was admitted to Zoram Medical College for treatment. 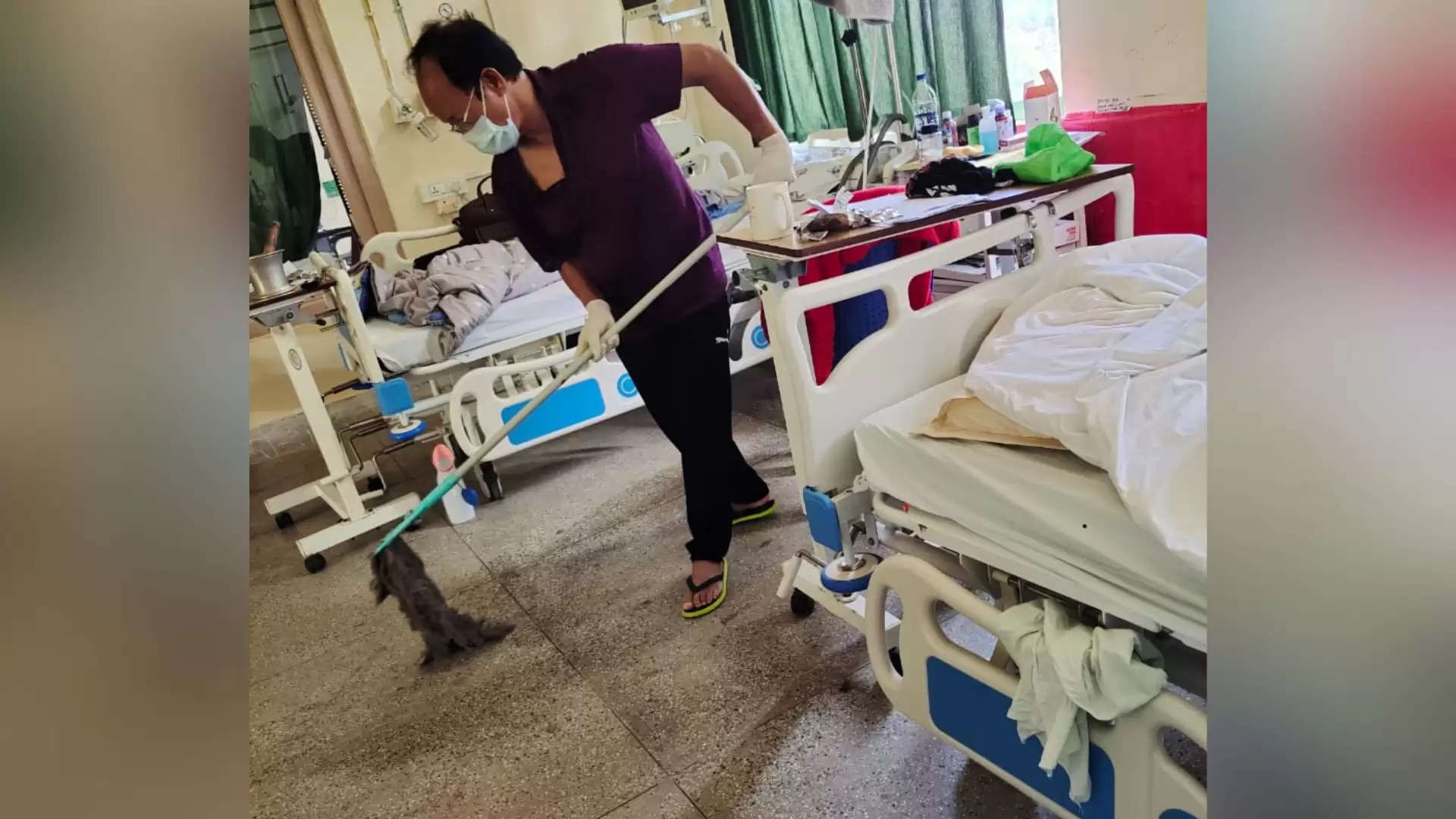 The man in the hospital gown is none other than the power minister of Mizoram, Lalzirliana, who said that his intention was not to embarrass the hospital staff but to lead from the front and set an example for others.

Lalzirliana had tested positive for COVID-19 earlier this week and was admitted to Zoram Medical College for treatment.

On Friday, he was seen mopping the floor of the COVID ward, where he is undergoing treatment.

According to local news reports, Lalzirliana had called for a sweeper to clean but, the sweeper couldn't respond to his call. So, he decided to perform the duty on his own.

"My motive in mopping the floors was not to embarrass the nurses or doctors but, I want to educate and lead others by setting an example," said Power Minister Lalzirliana.

He also mentioned that sweeping or performing household chores were not new to him and that he always does it at home and other places when it is required of him to do so.

According to some, the picture depicts the culture of Mizoram, bringing positivity and a sense of being within safe hands.

ALSO WATCH: 6 Secret Ingredients In Your Kitchen That Will Help Boost Your Immunity this Covid-19