As a solution, Sawkmie suggested a discussion on the matter on the floor of the Assembly. 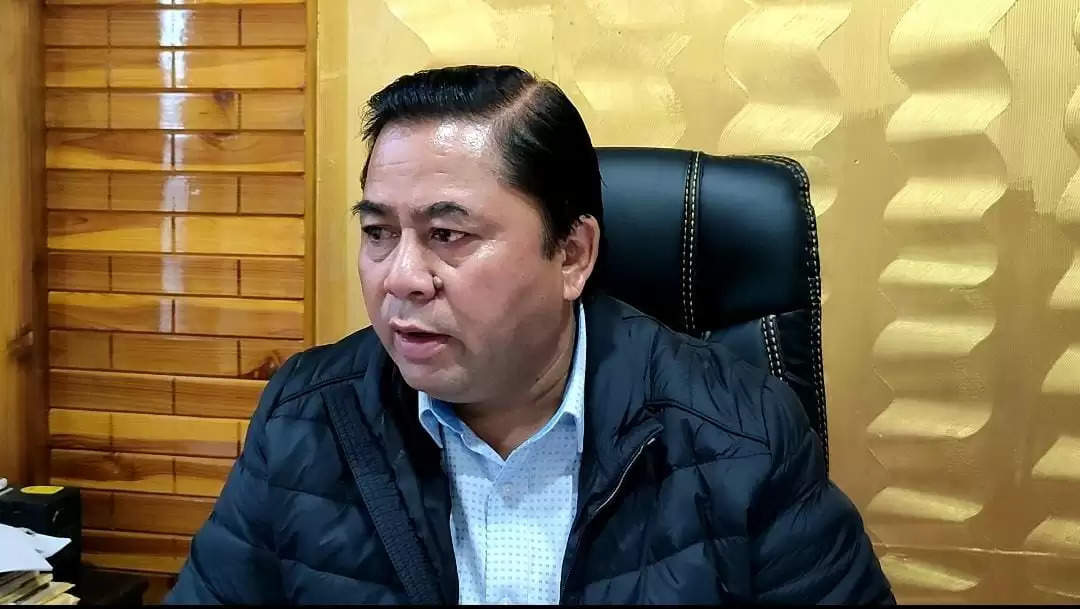 Congress Chief Whip P T Sawkmie on November 19 expressed his doubts over the time frame fixed by the state government to resolve the six areas of differences in the violence-ridden, long-pending Assam-Meghalaya border row.

“We can’t expect immediate results and it will take not less than a year for the government to find a solution to the issue as it’s very complicated,” he said.

On November 16, during their joint visit to Lower Langpih, chief ministers of both Meghalaya and Assam had assured to resolve the border issue in six areas by the year-end.

Referring to previous governments which, Sawkmie said, too had tried to address the issue but in vain, the Mawlai MLA added that year-end is too short a notice to resolve the decade-long issue.

"In 2001, the then CM EK Mawlong had met the CM of Assam and even went on to meet the people living in the border areas. Other CMs such as DD Lapang and Mukul Sangma too had tried their best but couldn’t come up with a solution to this issue," said Sawkmie.

He, however, lauded the “sincerity” with which the current Meghalaya Democratic Alliance (MDA) government has approached the matter. "What he (Conrad Sangma) is doing isn’t wrong; he is very much enthusiastic, but I could see that it is not possible," said Sawkmie.

Alleging that the state government, in the last many years, have not been serious about protecting its land, Assam could encroach it from time to time, Sawkmie said that, today, the people of Meghalaya have realised this fact and have come forward to demand their land back.

“The people understand that the government is serious about solving the matter, but only meeting of the CMs will not solve the issue,” he said.

As a solution, Sawkmie suggested a discussion on the matter on the floor of the Assembly. “If there are any areas that have to be given to Assam and vice versa, the Assembly has to be taken into consideration,” he said, adding that all political parties and concerned stakeholders need to come together on this and discuss the matter in a "broad way".

He said that the government needs to gather more information about the opinions and will of the local people and accordingly, a discussion on the floor of the Assembly should transpire to decide what’s best for the people living in the border areas.

"Let this issue be dealt step by step and not in a hurry," he said, maintaining that his stand is clear that "not a single inch will go to Assam and we cannot compromise."

He added that the government needs to deal with the matter "cautiously" since it is a very sensitive issue.