With a "temporary president" at helm, Congress is a “sinking ship”, says CM Sangma

Addressing a meeting held at Mawphlang for welcoming former Congress leader and Member of District Council Lamphrang Blah and his supporters to the NPP, Sangma said that the Congress party is disintegrating throughout the country. 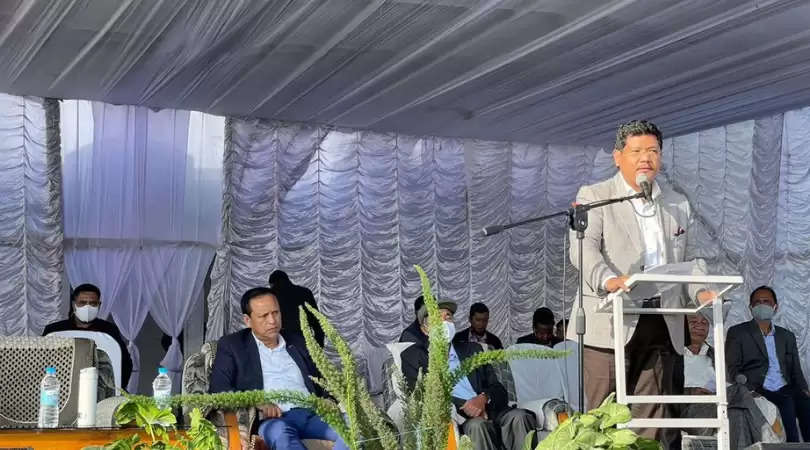 Addressing a meeting held at Mawphlang for welcoming former Congress leader and Member of District Council Lamphrang Blah and his supporters to the NPP, Sangma said that the Congress party is disintegrating throughout the country.

“(Blah) has also realised that today the Congress, even at the national level, only has a temporary president. Even after three years they were not able to elect a leader. If the leadership is not there, who will make the party grow? And that is why today Congress is disintegrating, there is no use being in a sinking ship”, he said.

The NPP chief assured a victory in the upcoming bye-election to the Mawphlang constituency slated for October 30.

He said there was a time when the NPP had only two legislators in the country. But within eight years, the party has expanded its reach to Arunachal Pradesh, Manipur and Nagaland, besides gaining a stronghold in its own home state.

“This has all become possible because people believe in the constitution of this party,” he said. He reiterated NPP’s commitment to the Northeast and its various tribal communities, and noted the rare achievement for a regional party to become a national one in little time.

He said that NPP’s selling point is that it is a national party with a regional outlook. “If you look at any other national party (such as Bahujan Samaj Party), their political party is formed by different states in the central part of India, but the NPP is a party formed purely by the states of the Northeast," he said.