Umpling Bridge to be completed by March, says Charles Pyngrope

Pyngrope, however, termed the delay in the implementation of the Nongrah Water Supply Scheme as a major cause of concern as it was sanctioned way back in 2017-18. 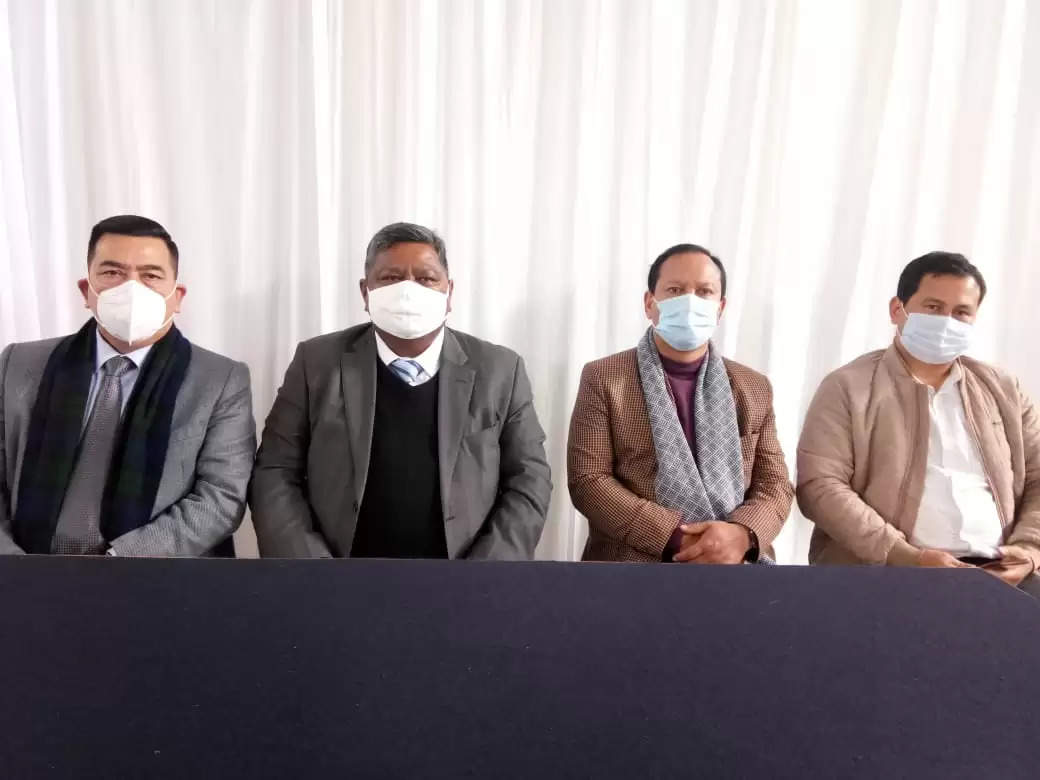 The Meghalaya Assembly’s Public Accounts Committee (PAC), on January 11, inspected a few developmental projects including the ongoing construction of the double-lane bridge at Umpling, the implementation of the Nongrah Water Supply Scheme and the internal roads connecting Shillong city with the New Shillong Township.

Informing that the construction of the Umpling Bridge is nearing completion, Chairman of PAC Charles Pyngrope said, “We have been informed that by the end of March, we will be able to use it (the bridge).”

Pyngrope further added that a little time was lost due to a delay in bringing the bearings where the bridge sits on. The capacity of the bridge is 70 metric tons. “We have been informed that there has not been any escalation in the construction due to the delay. The project cost remains at Rs 4.35 crore,” said the Nongthymmai legislator.

Refuting allegations that the legislators were not taking interest to push for the early completion of the project, Pyngrope said, “You can’t ask a fellow to swim in the river and construct the bridge. That is impossible.” He further attributed the delay to COVID-19 pandemic followed by monsoon.

Pyngrope, however, termed the delay in the implementation of the Nongrah Water Supply Scheme as a major cause of concern as it was sanctioned way back in 2017-18.

He said the progress of work has been slow due to the nature of the rocky soil in the area where they chose to build the raw water sub. The sub will be the main reservoir to take all the water from different sources.

“However, we were informed that by this year, though not immediately, we will be able to draw water…for the residents of Nongrah village,” Pyngrope said.

Stating that these roads are feeding new Shillong, Pyngrope asserted, “We cannot take it lightly as it is not a question of Nongrah, Umpling or anybody. If you want decongestion of Shillong, you have to pay special attention to these roads.”

The chairman of PAC also held a meeting with officials of the Public Works Department and the Public Health Engineering department.

“In the course of our discussions with the officers, we are being made to understand that there has been progress but was a little slow because of the pandemic. The subsequent restrictions imposed by the district administration to avoid the spread of the pandemic were also a contributing factor for the slow work rate,” he said.

He further informed that the deputy chief minister had indicated that there is also a proposal for construction of another bridge over the Umkaliar - from MES to Umpling and again connecting Ishyrwat.

“That is going to be a big one with a total cost of Rs 70 crore (approximately) but that is also a very important feeder bridge to ease the congestion from Shillong to NEIGRIHMS. That proposal will be put up in the next budget session,” he informed.