Till now, AICC haven’t asked for a report on “mass exit” from Congress: Vincent Pala

“As of now they (AICC) have not asked for a report. But Dr Mukul told me they have called him to Delhi. So, we will see what they discuss with him in Delhi,” he said. 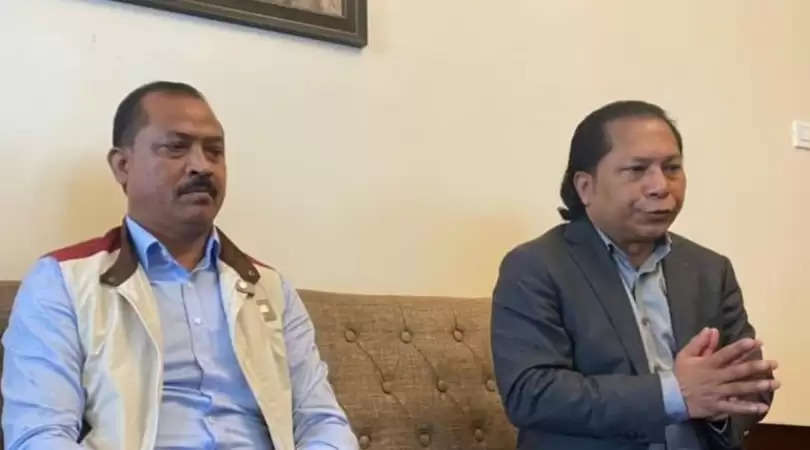 Vincent H. Pala, chief of the Meghalaya Pradesh Congress Committee (MPCC), said that the AICC has not sought any report on the rumours of a “mass exit” from the Congress and the committee has requested the leader of Opposition, Mukul Sangma to visit Delhi for critical talks. “There is no offense,” he said.

“As of now they (AICC) have not asked for a report. But Dr Mukul told me they have called him to Delhi. So, we will see what they discuss with him in Delhi,” he said.

He also reiterated that there is no difference between him and Congress Legislature Party (CLP) leader, despite the latter critiquing the unilateral decision-making by the All India Congress Committee (AICC) that led to Pala’s takeover as party chief.

“Dr Mukul said that the AICC did not consult him, so the issue has nothing to do with me,” Pala reassured, adding that he is not involved in political decisions against any party member.

Pala, on his part, however, did not rule out the presence of the All India Trinamool Congress in Meghalaya, but said that it would take the Mamata Banerjee-led party time to convince voters to switch loyalties.

On October 1, news that Sangma, along with at least a dozen party legislators, would announce his departure from Congress reached national headlines. However, Sangma dismissed all predictions, and informed that he would travel to Delhi on Sunday to resolve the internal rift within “the four walls” of the Congress. The visit to Delhi will be especially pertinent given the October 30 bye-elections to Mawryngkneng, Mawphlang, and Rajabala.

The party chief was quick to defend Congress against Deputy Chief Minister Prestone Tynsong’s remark that the party is “broken beyond repair”.  “Congress is a big family and is dynamic in politics,” retorted Pala. He noted that “half of the Cabinet”, including a large proportion of current Bharatiya Janata Party members, used to belong to Congress. He called the party “a school for politics in Meghalaya”.

“Push and pull” among members in a political party, including the National People’s Party, “is the universal norm”, he said, likening it to Christian denominations united under the Holy Spirit.

“We may have different views” in the party, he said, “… but what binds us together is the party and the decision of the high command”.