As per preliminary reports, Tura was one of the worst affected with many localities being severely affected. 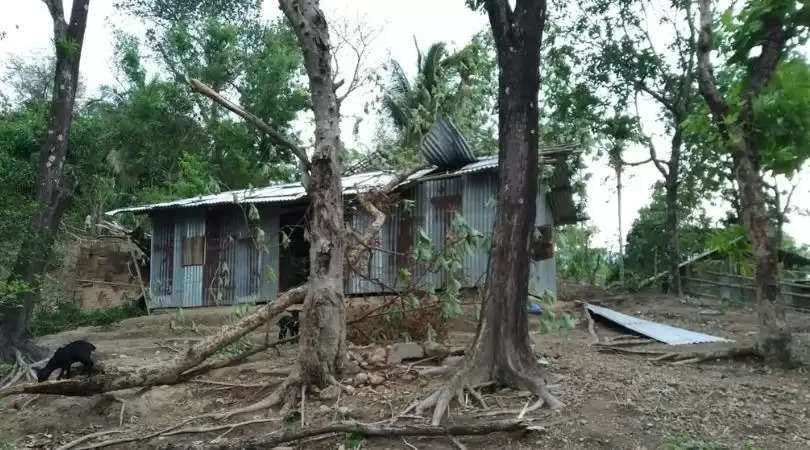 A severe thunderstorm hit many parts of the Garo Hills region, including the districts of East, West and North Garo Hills, leaving a trail of destruction in its aftermath.

As per preliminary reports, Tura was one of the worst affected with many localities being severely affected.

According to ground reports from West Garo Hills, 140 houses with a population of over 500 have been directly affected by the storm on April 16.

“The injured person is critical and has been taken to the Tura Civil Hospital where he is undergoing treatment in the ICU section,” said Deputy Commissioner Ram Singh.

The DC added that the Meghalaya Energy Corporation Limited, State Disaster Response Force and Public Works Department were actively working on ensuring smooth functioning of areas and clearance of debris.

In East Garo Hills, houses in 23 villages in the Rongjeng Community and Rural Development Block were affected by the storm.

“Relief is being provided as per SDRF norms though no relief camps are required as of now,” said Deputy Commissioner East Garo Hills Swapnil Tembe .