Pijush Hazarika said that the views of the local residents are of pivotal importance and will be incorporated in the reports that are being formulated by the regional committees and will be submitted to the chief ministers of both the states by November 30. 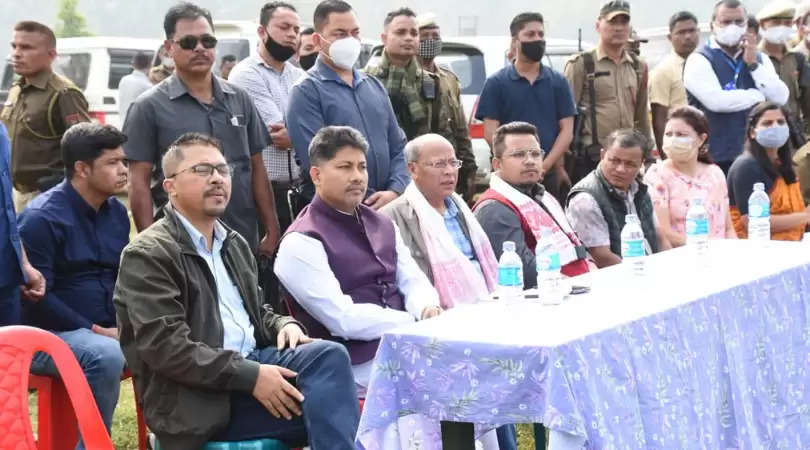 A joint team of Assam and Meghalaya, led by Assam’s parliamentary affairs minister Pijush Hazarika and Meghalaya deputy chief minister Prestone Tynsong, visited several disputed areas along the inter-state border as a part of the ongoing exercise to resolve the violence-ridden, decades-old border issue between both the states, on November 23.

The team visited several villages - Jimirgaon, Bakhalapara, Lungkhung, Patgaon and Bandhapara, among others - under Assam’s Kamrup and Meghalaya’s Ri-Bhoi districts and held meetings with their respective headmen and villagers and took stock of their opinions on the issue.

Speaking to the press, Hazarika said that the views of the local residents are of pivotal importance and will be incorporated in the reports that are being formulated by the regional committees for submission by November 30.

In August, 2021, Assam chief minister Himanta Biswa Sarma and his Meghalaya counterpart, Conrad Sangma had formed three committees each to look into the issue and submit reports to the chief ministers so that the border disputes can be resolved in a phase-wise manner.

Along the border of the states, there are 12 areas of contention and, in the first phase, the chief ministers had identified six relatively less complicated areas - Tarabari, Gizang, Hakim, Boklapara, Khanapara-Pilangkata and Ratacherra - adding that the rest will be pursued later.

After submission of report by the regional committees, the state governments will start discussions with various stakeholders before taking a final decision by December 30.