NESO has also requested the Centre to prevail upon the Myanmar military junta to stop bloodshed and loss of lives and to seek the immediate restoration of democracy in the neighbouring country. 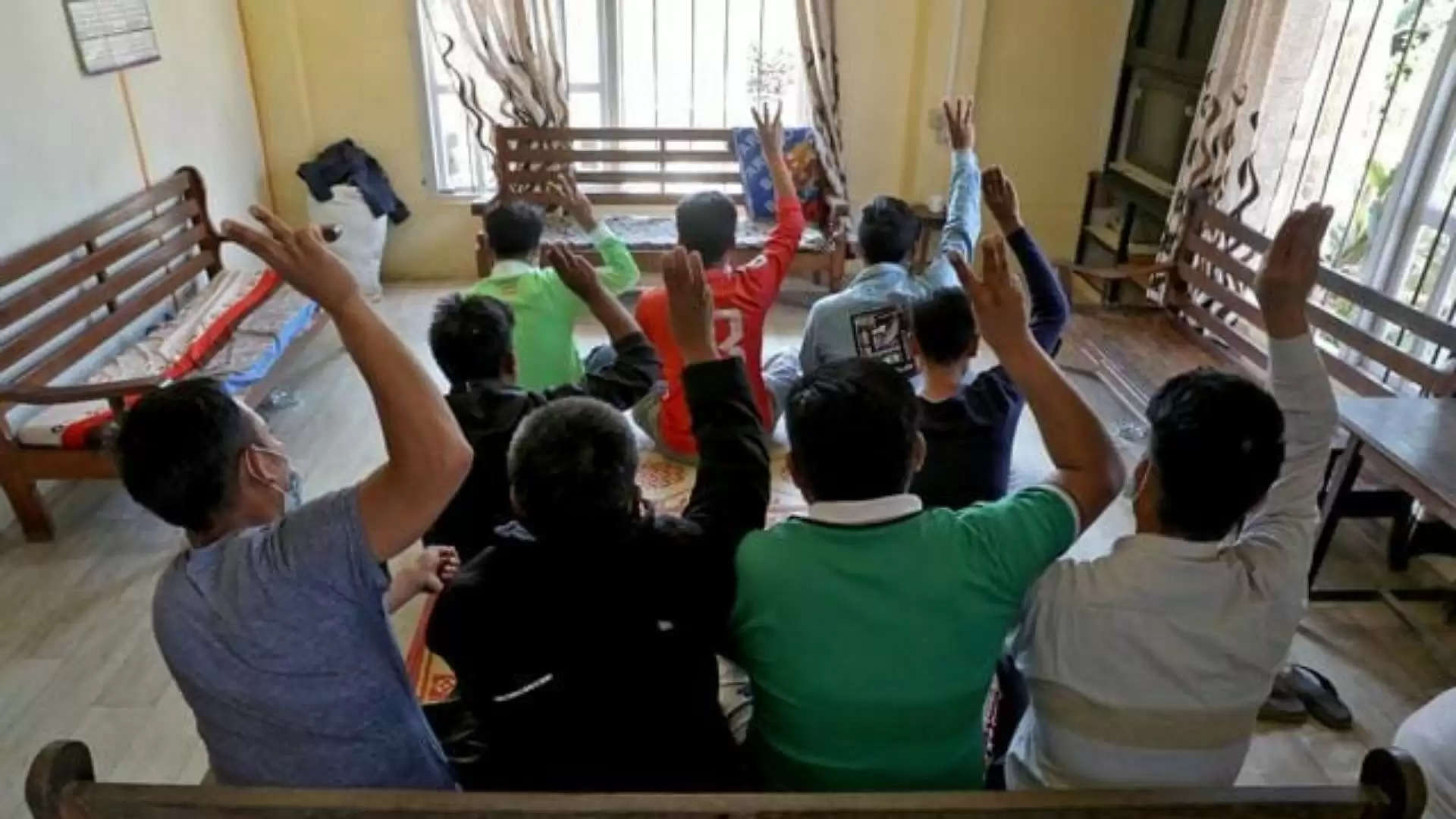 "We urge the Government of India to properly address the plight of the Myanmarese ... and to provide temporary support to these shelter seekers until the situation in Myanmar improves,” NESO stated in a press release issued on Monday.

NESO has also requested the Centre to prevail upon the Myanmar military junta to stop bloodshed and loss of lives and to seek the immediate restoration of democracy in the neighbouring country.

Recently, NESO held a meeting via video conferencing to discuss the present volatile situation in Myanmar, especially the plight of the affected people seeking shelter in the Northeastern states.

"A discussion was held on the resemblance of the culture, heritage, ethnicity, history and identity (between) the Myanmarese ethnic groups from the Sagaing Region and Chin State, and the North East indigenous communities in Mizoram, Nagaland, Manipur and Arunachal Pradesh," the release read.

The NESO observed that because of the ongoing conflict in Myanmar, where human rights were "brazenly" violated, a sizable number of Myanmar citizens are seeking shelter in the four northeastern states to escape from military oppression.

Furthermore, NESO has condemned the "inhumane" atrocities committed by the Military junta against its people, causing a mass exodus and refugee problem to the neighbouring countries.

Meanwhile, NESO has demanded the immediate deportation of Bangladeshi immigrants who illegally entered the region.

Aside from this, they also raised the demand for implementation of Inner Line Permit (ILP) in the other Northeastern states, the implementation of all Clauses of Assam Accord, deportation of Chakma and Hajong refugees from Arunachal Pradesh and, the non-application of the Indo-Nepal Treaty of Friendship 1950 in the North-Eastern Region.