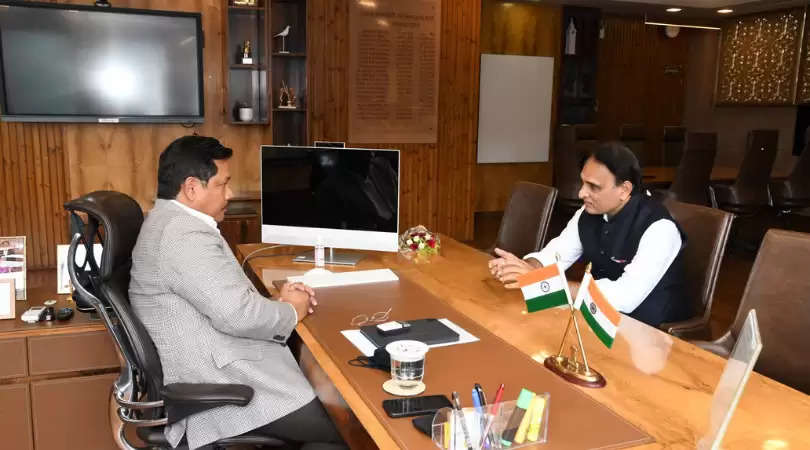 Rajya Sabha Member of Parliament Rakesh Sinha, who was in Meghalaya to visit Kongthong village of East Khasi Hills district, met Chief Minister Conrad Sangma on Tuesday to discuss the issues faced by the village.

Sinha thanked the chief minister for allotting ₹1 crore to develop tourism in the small village, which is particularly known for its unique tradition of jingrwai ïawbei, wherein mothers assign each child a tune that supplements their name. Since then, the village has been popular amongst tourists as "the whistling village".  Earlier, the village shot to fame after it was recognised by the UNWTO World Tourism Organisation as one of the three best tourism villages in India.

Sinha has now proposed to adopt three more villages - Mawmang, Mawsohmad and Sder. He recommends 12 adjacent villages to form a cluster in order to create a cooperative system that can support broom and honey production in the area.

Sinha has ambitious plans to change Kongthong into a Bollywood destination in the same vein as Kashmir. However, he acknowledged that protecting the culture and nature of the land of the Khasis who reside there takes precedence, and that the locals should not be disturbed.

The Bharatiya Janata Party (BJP) MP even suggested to the relevant ministry of the Government of India to study the whistling practices of Kongthong residents and for that, recommends a laboratory and a museum that can record whistling practices across the state.

Stressing on the need to protect such intangible world cultures, Sinha wants to focus on tourism, including providing training in tourism and hospitality to the locals, to improve the village economy and create job opportunities.

“My focus is protecting nature and also protecting food culture. My focus is on socioeconomic and cultural, rather than political and other aspects”, added Sinha.