The contents of the letter said that the allegations in the Power Department appears to be serious and warrants immediate intervention so that corrective measures can be in placed to restore and bring about an effective functioning of the department. 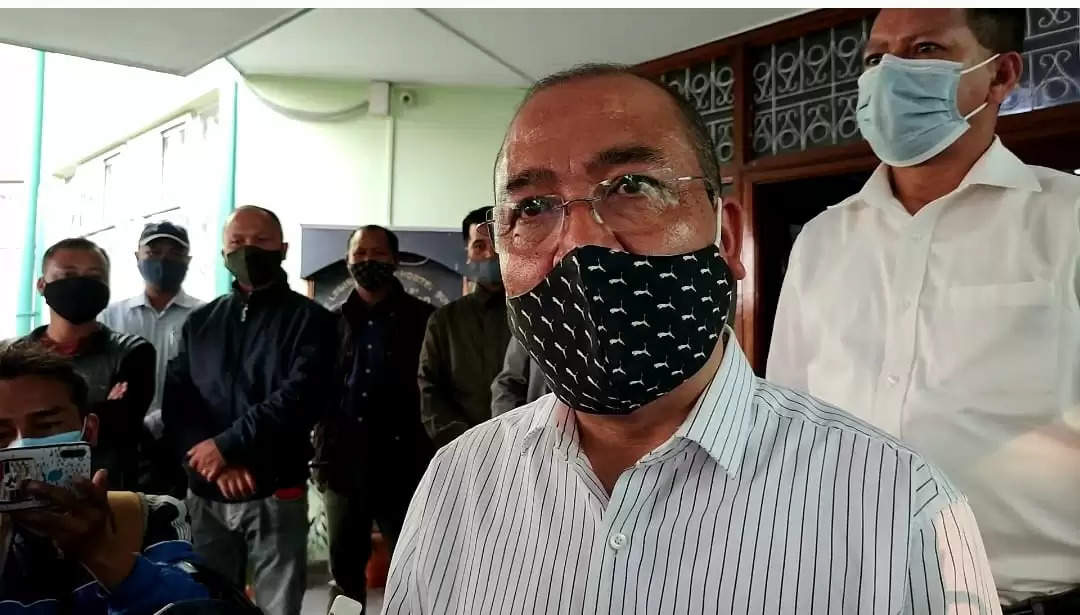 United Democratic Party (UDP) President and Assembly Speaker Metbah Lyngdoh, On Thursday, wrote a letter to Chief Minister Conrad K Sangma urging him to conduct an independent enquiry into the various allegations related to the functioning of the Meghalaya Energy Corporation Limited (MeECL).

The letter highlighted 10 allegations including implementation of the Saubhagya Scheme, the actual cost of smart metres, the appointment of advisors to the CMD and other corporation advisors, allegations made by the CMD on power theft in Byrnihat, recruitment of a junior officer to the post of Director (Distribution) and more.

The letter addressed to the CM stated, “Without blaming anyone at this juncture, those at the helm of affairs should be removed forthwith for a free and fair inquiry. Your intervention on the matter at the earliest will be highly appreciated.”

The contents of the letter said that the allegations in the Power Department appears to be serious and warrants immediate intervention so that corrective measures can be in placed to restore and bring about an effective functioning of the department.

Regarding the Saubhagya scheme, the party pointed out that there are flaws right from the beginning of the tendering process till the implementation stage, which has resulted in losses amounting to 100 crores.

As for Smart Meters, Lyngdoh said, "In the recently concluded Assembly session, it was informed on the floor of the house that the cost of each Smart meter is Rs 3400, however, the party learnt that the derived costing per meter is Rs 9444.44 which is contradictory, it is also learnt that the sitting of the Boards of Directors, MeECL to decide matters worth hundreds of crores in just 15 minutes is also questionable."

On Enterprise Resource Planning, the UDP said, "The Scheme has several items at exorbitant rates, e.g, the rate of a normal PC (which is outdated) with chair, table, UPS etc is more than Rs 3 lakhs each and the supply of 100 numbers of such PCs has resulted in losses of crores of rupees."

Pointing to the appointment of Adviser to Chairman-cum-Managing Director (CMD) the party informed that the appointment of Manish Gupta as an advisor to the CMD, MeECL on Pro Bono basis, who is currently working as Assistant Manager at Arunachal Pradesh Power Corporation Private Ltd. (a trading firm from whom MeECL purchases power) is a total conflict of interest."

The party also asserted that the proposed outsourcing of the 33/11kV substation to outsiders will surely attract stiff opposition from different angles. This has to be properly examined before implementation, the UDP said.

The UDP also pointed to the special tariff to the Byrnihat Industries Association at Rs 4.90 per unit is lower than the public tariff.

The UDP maintained that it is not healthy and resulted in huge financial losses to the Corporation. It is also learnt that the One Time Settlement Scheme was also extended to the live industrial consumer which again resulted in losses to MeECL at about Rs 17 crore.

Concerning power banking and swapping, the UDP said that the recent power shutdown is attributed to the fact that MeECL has no power bank at its disposal and has to only purchase power at high rates resulting in huge financial losses.

The UDP also said that the allegations of power theft by the CMD is also a cause of concern.

The regional party also pointed out that the post of Director Distribution has been lying vacant since September 2020 after the retirement of Samuel Diengdoh, and the appointment for the same has been kept on hold for more than seven months, although there are several Chief Engineers eligible for the post.

The UDP further stated that M.K.Chetri who was promoted as Chief Engineer (Electrical) in March 2020 was recently appointed as Director (Distribution) by superseding 5 (five) other senior Chief Engineers, adding that, “This will bring an unhealthy working environment in the Department.”

Speaking to reporters during the day, Lyngdoh was asked if the party still seeks the resignation of Power Minister James Sangma, to which he said that writing a letter would be appropriate at this juncture.

“There was some misunderstanding and miscommunication within the party in my absence, while I was away from Shillong. The party as one has entrusted the matter to me," Lyngdig said.