The construction of the Marriott Hotel, which is one of the tallest buildings in Shillong, was started in the year 2011-2012 but the project came to a standstill for close to five years now and had turned into a “white elephant”. 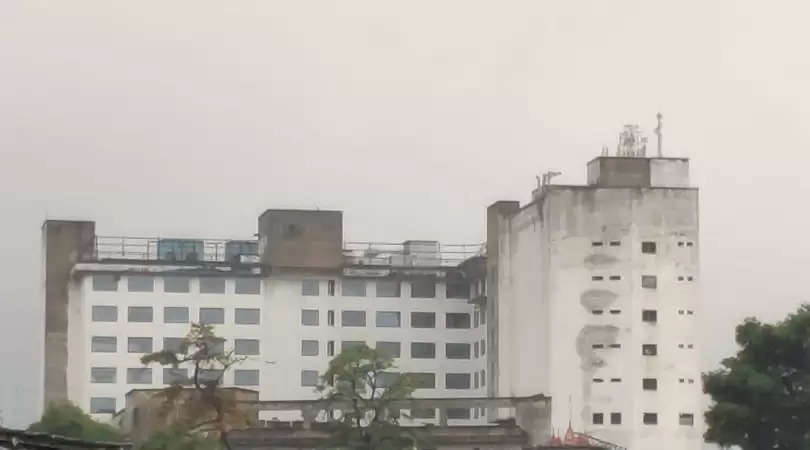 The Meghalaya Cabinet on Monday decided to sign a fresh lease agreement with Maxim Infrastructure and Real Estate Pvt Ltd for the development and completion of the state's first 5-Star hotel at the Shillong Municipal Board’s land in Jail Road.

The construction of the Marriott Hotel, which is one of the tallest buildings in Shillong, was started in the year 2011-2012 but the project came to a standstill for close to five years now and had turned into a “white elephant”.

“The government has decided to renew this lease to see that this project is completed. It has been pending for too long and a lot of investment has been made,” Meghalaya Chief Minister Conrad K Sangma said, adding that the fresh lease will be signed with Maxim Infrastructure and Real Estate Pvt Ltd for 30 years.

Sangma said there was a case where the earlier party (HM Cements) had defaulted on the loans amounting to Rs 2.5 crore.

HM Cements was supposed to complete the project within a period of 27 months of handing over of land.  The land was allotted on a lease for 30 years under Public-Private Partnership (PPP) mode by the urban affairs department in 2010.

Following several controversies, the project was taken over by the National Company Law Tribunal (NCLT) and a fresh bidding process was initiated where Maxim Infrastructure and Real Estate Pvt Ltd won the bid and got the project in Delhi.

“This requires a new lease to be signed and the government will go ahead and sign the lease,” Sangma said.

The Chief Minister also informed that certain concerns were raised on the terms and conditions of the project, one being the area of operation wherein as per the initial agreement, the leasee was supposed to receive an area of 71,000 sq feet but in the actual lease, it was only 61,000 sq ft, which was 10,000 sq ft lesser than what was put in the initial agreement.

“They want adjustment for those in the new lease. They have also requested the government to remove the past dues of Rs 2.5 crore that was not paid by the past leasee, to which the government disagreed,” Sangma said.

According to the chief minister, the Rs 2.5 crore was part of their bidding and the government felt that even though, they are past dues of different companies, these are still dues that have to be paid.

The upcoming hotel will have around two hundred rooms with state-of-the-art facilities. Under the project, 20,000 square feet of land has also been reserved for the office of the Shillong Municipal Board.