After examining the Cattle Preservation Bill 2021 of Assam, which was passed by the Assam assembly on August 13, the senior official of AHV informed that Section 7 of the Bill, which stipulates mandatory permits for all transit of cattle through Assam, is a cause of concern 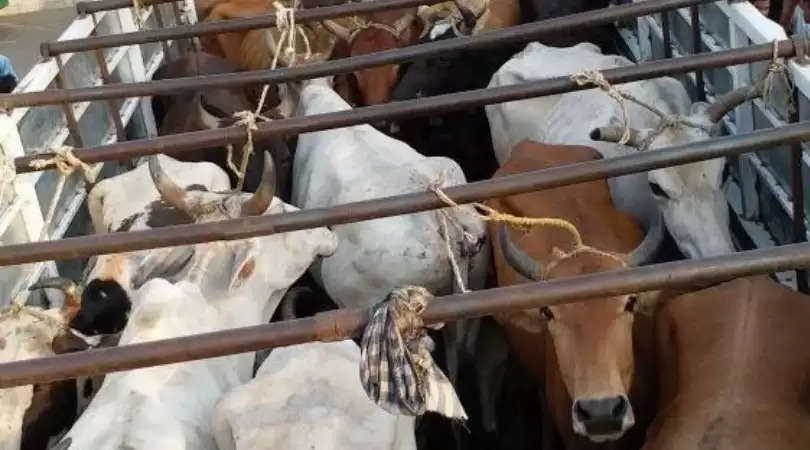 Principal Secretary of Animal Husbandry and Veterinary (AHV), G.H.P. Raju on Thursday informed that the department will implement a system to identify and issue permits to legitimate cattle traders of the state in order to ease the transit of cattle through Assam.

“We are coming up with a notification for our own local traders by next week," Raju told The Northeast Today. Meanwhile, necessary provisions will be made for temporary permits after due verification of traders, he added.

After examining the Cattle Preservation Bill 2021 of Assam, which was passed by the Assam assembly on August 13, the senior official of AHV informed that Section 7 of the Bill, which stipulates mandatory permits for all transit of cattle through Assam, is a cause of concern, as it will require the government to issue official transit passes.

According to Raju, the Government of India has mandated only two passes - one to certify the cattle are fit for travel, healthy and vaccinated by the State Animal Husbandry department from where the cattle are brought, and the other, for the transport vehicles carrying cattle to their respective destinations.

“Whether the Assam government has taken these two mandates of the Government of India into account or not, we are not sure,” he said, adding that, at present, the main purpose of the Meghalaya government is to facilitate easy transportation of cattle by local traders sans harassment.

To ensure safe movement of transit vehicles through Assam, Raju has called upon legitimate cattle traders to reach out to him or officials of the department in case they face any harassment from the authorities in Assam while transiting.

“Our local traders should not be harassed by any authority in Assam on some pretext or the other. If there is any such inconvenience, I'm available round the clock to intervene and talk to the authority,” he assured.

The principal secretary informed that he had already spoken with G.P. Singh, a senior official of Assam who is spearheading the implementation of the Act. While supporting the intention of the Assam government to address the problem of cattle smuggling, Raju reiterated that the Meghalaya government’s immediate concern is the safety of local traders from potential violence or harassment by "cow vigilantes."

It was informed that cattle trading have decreased “drastically” since August. "After the enactment of the Cattle Preservation Bill by the Assam government, the inflow of cattle was almost zero," Raju said. He added that traders in the state are facing difficulties, whereas those based in Assam have also not resumed trade.