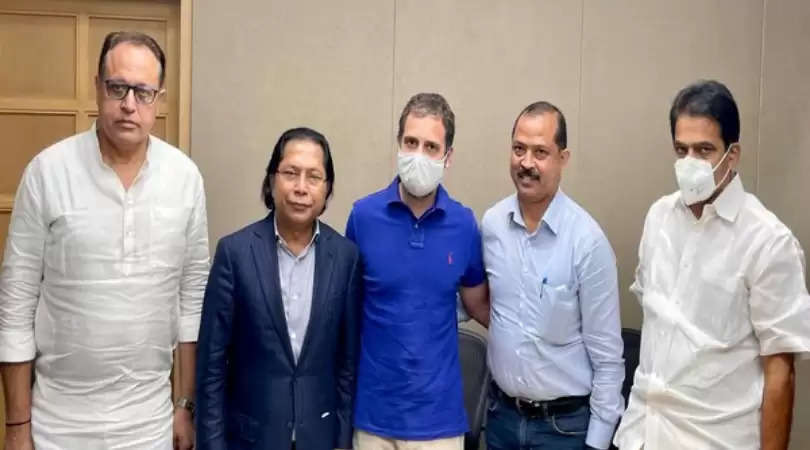 With an eye on the upcoming bye-polls to three Assembly seats in Meghalaya on October 30, it seems the state Congress is on the verge of resolving the “rift” between its party members.

"Every political party has a way of dealing with problems. We are trying to resolve them within the party," Sangma said after the meeting, adding that members discussed ways and means to resolve all the issues within Meghalaya Congress.

Sangma and Pala had not been getting along well after the latter was appointed as the MPCC chief. Mukul was said to be unhappy because the decision was taken without consulting him.

On Monday however, both the leaders met the Congress high command and the intervention of the party’s central leadership seems to have borne fruitful results as both leaders decided to end their differences and work towards strengthening the party.

"We are a family. The issues that have been there will be resolved sooner than later so that we can serve the people together," Sangma said adding that as responsible leaders of the grand old party it is their responsibility towards the people of the country.

Speaking on the speculations of him joining the All India Trinamool Congress (AITC), Sangma said that it is normal in politics for leaders to be approached by other parties.

"It is not something new, we as politicians become victims of poaching. But as far as Meghalaya Congress is concerned, the party has been able to keep everyone together in spite of the challenges and difficulties," Sangma concluded.