The teachers had earlier demanded the credit of their pending salaries before the elections to the Garo Hills Autonomous District Council (GHADC). 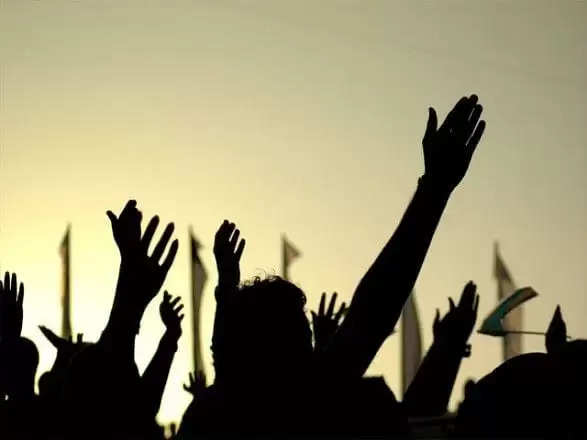 The All Garo Hills SSA School Teachers’ Association (AGHSSASTA) on Thursday said that the information regarding the release of their two-month salary is "false".

According to AGHSSASTA, they were informed that their two-month salaries have been credited to the district education authorities but, they are yet to receive their salary.

"The district authorities cannot transfer the SSA teachers’ salary to the accounts of the School Managing Committees (SMCs) if the state government had not credited the amount," AGHSSASTA said.

The teachers had earlier demanded the credit of their pending salaries before the elections to the Garo Hills Autonomous District Council (GHADC).

Polling to the GHADC is slated to be held on April 12 and counting on April 15.

“We should have received our salaries as the central government has already sanctioned the required amount before the end of the financial year of 2020-21,” they said.

The teachers also expressed anguish after some of the SSA teachers were served show cause for failure to attend the election training program for the GHADC election.

The teachers have demanded that the Meghalaya government revoke the un-credited disbursement order and have threatened to stage agitation in Shillong and Tura.

“This is unfair, unacceptable and, we are unhappy on the issue. We strongly oppose the issuance of an un-credited order. We will start our agitation tomorrow at the Secretariat in Shillong and the CMO office in Tura, Dakopgre,” they said.