Meghalaya Speaker clarifies why he disallowed discussion on Cheristerfield encounter

On the issue of disallowing further debate on the aforementioned controversy, the speaker informed that he had received an official correspondence from the Home Department stating that the matter would attract Rule 59. That is, 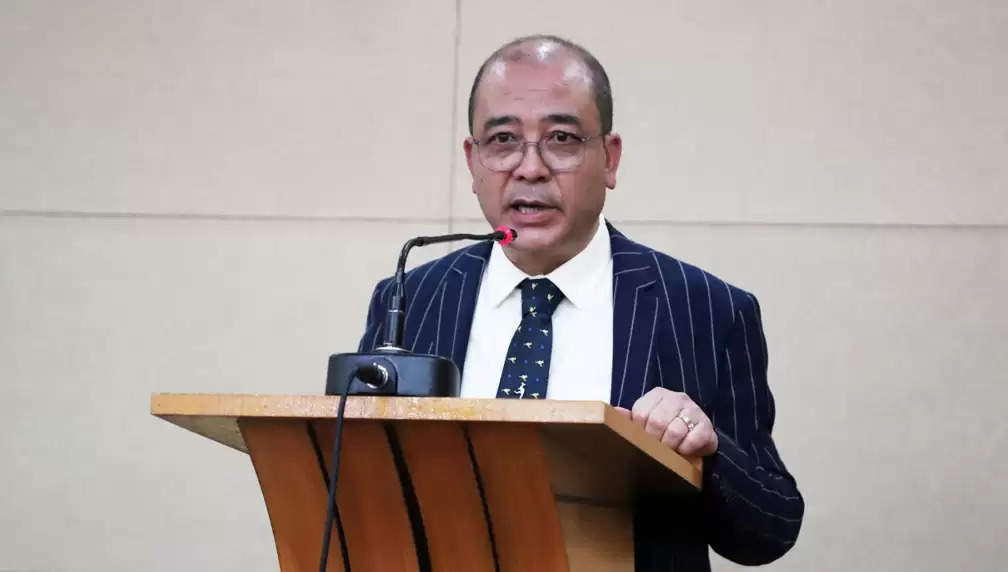 In response to the recent walkout by the Opposition Congress in the House after being disallowed to question the alleged encounter killing of surrendered militant Cheristerfield Thangkhiew, Speaker Metbah Lyngdoh maintained that he will follow the Procedure and Conduct of Business of the House, even as he said that any party or individual reserves the right to stage a walkout in a democracy.

On the issue of disallowing further debate on the aforementioned controversy, the speaker informed that he had received an official correspondence from the Home Department stating that the matter would attract Rule 59. That is,

No motion which seeks to raise discussion on a matter pending before any statutory tribunal or statutory authority performing any judicial or quasi-judicial functions or any commission or court of enquiry appointed to enquire into or investigate any matter shall ordinarily be permitted to be moved: Provided that the Speaker may in his discretion allow such matter being raised in the House as is concerned with the procedure or subject or stage of enquiry, if the Speaker is satisfied that it is not likely to prejudice the consideration of such matter by the statutory tribunal, statutory authority, commission or court of enquiry.

Chief Minister Conrad Sangma chimed in support of the speaker, stating that Lyngdoh was clear on Rule 59 as a justification to disallow any further questioning of the Thangkhiew incident.

He added that "any subject which is under judiciary or quasi-judiciary enquiry cannot be taken up during the session... It was not proper to walkout on that issue, but it is up to the opposition." He declined to comment any further on the Opposition's stand.

When asked why the Home Minister responded to questions on the matter despite being sub judice, the chief minister claimed that the questions did not directly pertain to the inquiry on the encounter, but dealt with the Laitumkhrah IED blast, and thus the speaker allowed it.

He added that the speaker did, in fact, bar questions on the actual inquiry into the encounter, noting that the demand for suspension of the police involved in the fatal no-knock home raid is directly linked to the inquiry and is sub judice.

Lyngdoh also refused to make a statement on the sloganeering of the Opposition Members of Legislative Assembly, saying he was out of earshot when the incident occurred.