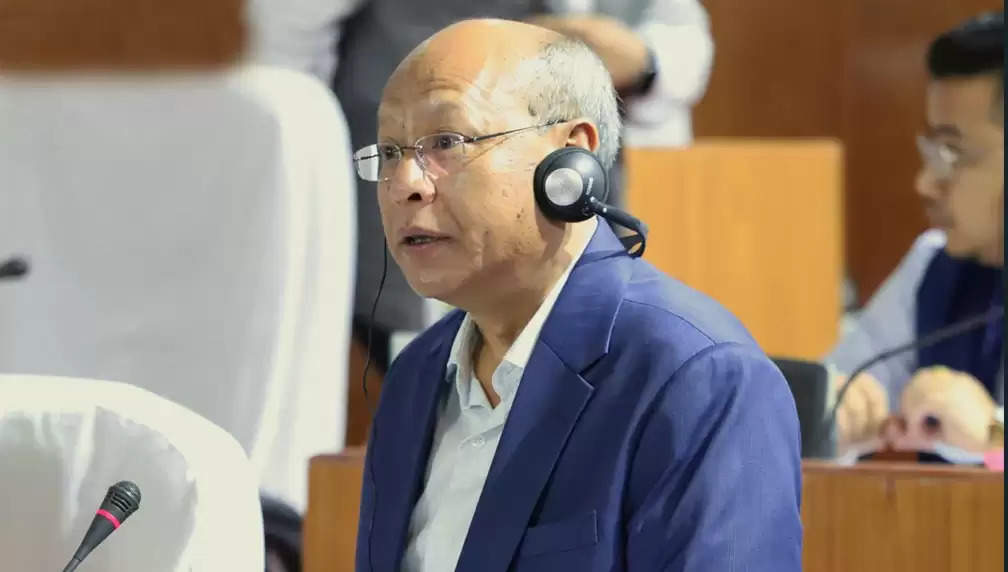 Meghalaya Deputy Chief Minister Prestone Tynsong on Wednesday said that he would soon call for a joint meeting to sort out the problems arising from the non-completion of the construction of culverts along the Shillong-Guwahati National Highway.

Tynsong, while replying to Zero Hour notice brought by Nongpoh MLA, Mayralborn Syiem on recurring floods in Nongpoh and the adjoining areas, said that the meeting is expected to be attended by officials of the Public Work Department (PWD), Deputy Commissioner of Ri Bhoi, and officials of the National Highways Authority of India (NHAI),

In his submission, Syiem said the recent flood and water-logging incident at Nongpoh had impacted the day-to-day lives of the residents. He further informed that 3,500 kg of rice allotted under the Public Distribution System (PDS) stored in one of the shops was spoiled because of waterlogging.

"Work was supposed to be completed but delayed and COVID was always attributed as the reason. This is a recurring problem in the area because there are no proper drainage systems," Syiem said.

Admitting that the problem arises in the area every time it rains, Tynsong, who is also the PWD minister, in his reply said that an amount of over Rs 6 crore was sanctioned by the Ministry of Roads Transport and Highways for the construction of culverts from Jorabat to Umiam in Ri Bhoi, however, the same was delayed due to several reasons.

"One of the major problems is land acquisition. There are stretches where sanction was accorded and a work order was issued, but work couldn’t start because of this problem," he said.

Reacting to this, the Nongpoh MLA said there is a need to speak to the landowners in the area because, according to him, many of them are willing to part with their land to rid the villages of this recurring problem.