The source of the water supply is the Umthlong river located in Maweitnai, East Khasi Hills. 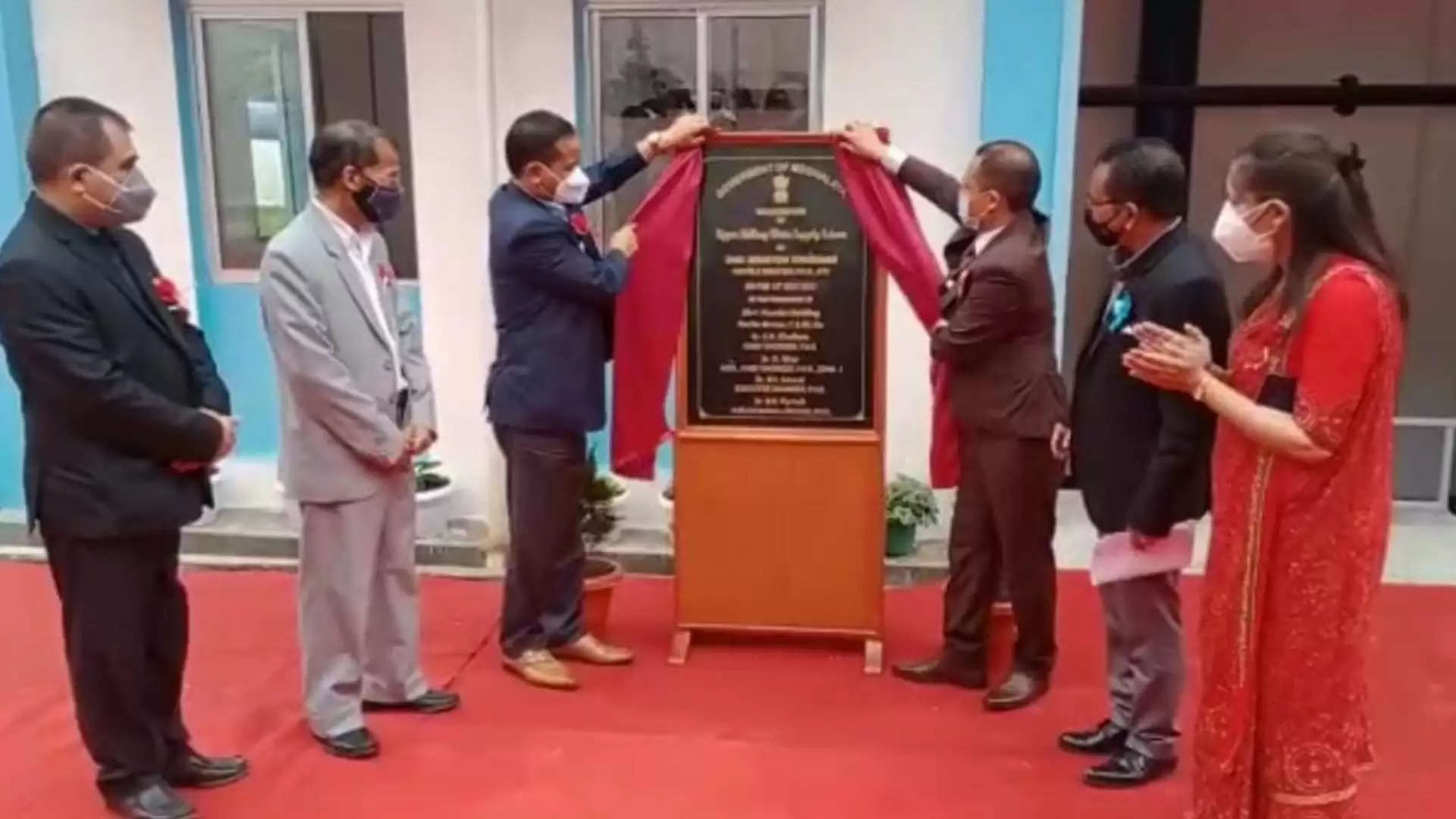 The source of the water supply is the Umthlong river located in Maweitnai, East Khasi Hills.

The project was inaugurated by the Minister, in the presence of local MLA of Mylliem Constituency Hamletson Dohling, who is also the Community and Rural Development Minister.

The foundation stone of the project was laid in 2014 at Upper Shillong by then Chief Minister Mukul Sangma, and the project was sanctioned at a cost of Rs 33 crore in 2010.

Lyngdoh also spoke about the ongoing projects that the MDA government is undertaking, such as the new Meghalaya Legislative Assembly building and the Greater Shillong Water Supply Scheme in Mawlai Mawiong.

Lyngdoh mentioned that the government is on a mission to complete the Jal Jeevan Mission by November 2022.

Meanwhile, the local MLA has said that though Rs 33 crore was the sanctioned amount, an additional Rs 10 crore was requested by him from the government for the completion of the project.